I’m really tired. I was almost correct about one thing yesterday – I may not be too old to pull an all-nighter, but it sure kicks my ass in ways that it didn’t when I was twenty. But it was worth it. The eclipse was spectacular, the night was crystal clear, and here are the pictures!

Basically the same as for the April 2014 eclipse, where I went into a lot of detail on how each picture was taken, the exposure, and so on. I’m not going to do a lot of that today. If you need to know, the EXIF data should still be attached to the files, or you can just ask and I’ll be more than glad to answer.

Two sets of photos, taken simultaneously, the first one using the Meade ETX-125 telescope as a 1900mm telephoto lens on a Canon Rebel xTi DSLR, the second using a 75-300 Tascam zoom lense on a Canon Rebel xT. Exposures go from 1/4000 second for the überbright full moon, one to two seconds for the fully eclipsed moon. 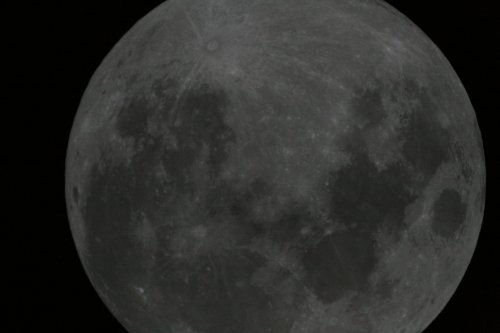 Full moon, 99.99% full, in the early stages of the penumbral phase of the eclipse.

A few minutes into the partial, umbral phase,the darkening starting on the left side. 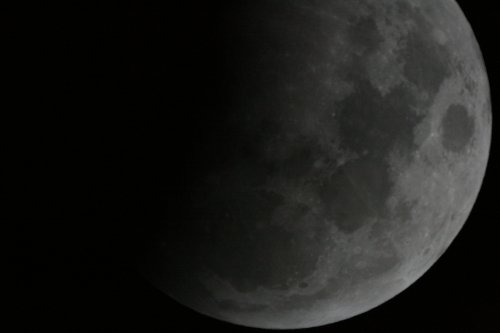 About a third of the way into the partial phase.

Two thirds of the way. So far the exposures have been to show the illuminated portion with the shadowed portion of the moon left in darkness. But about this time in the eclipse, if you start to really overexpose the lit portion…

…you start to see the reds, browns, and oranges in the shadowed portion.

Start of the totally eclipsed phase. Now longer exposures make for slightly more blurry pictures (I’m not guiding the camera or telescope, and the Earth and moon are both moving at a pretty good clip) but also bring out all of the colors.

About half way through the eclipsed phase. As noted before, when seen like this, it looks a lot like Mars.

About 95% done with the totally eclipsed phase.

Just starting to exit from totality.

Now we just reverse the process that brought us into the eclipse. 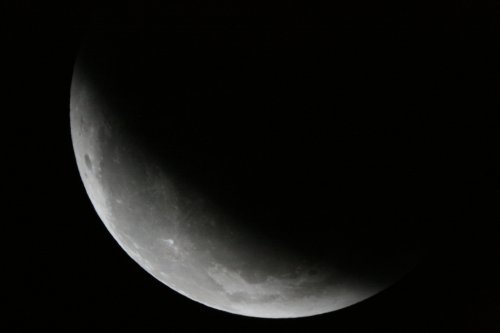 About a third of the way out. 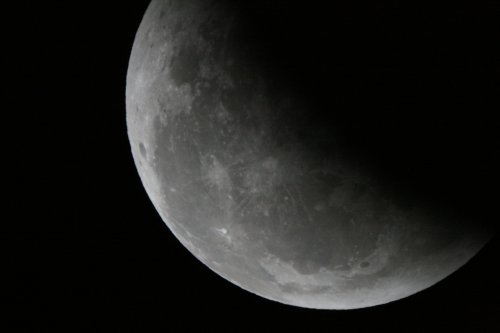 About half way out. 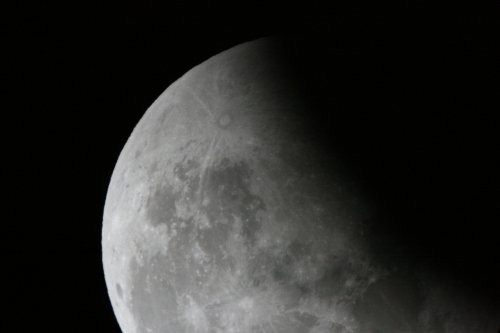 Still about three-quarters out, but showing the other pole. With the Meade, the field of view is just a bit too small to take the whole moon in at one time.

Very near the end of the partial phase, moving into the final (dim) penumbral phase.

Clear! Back to a very bright full moon.

With the zoom lens instead of the telescope, the image is smaller, but it’s actually tough to take a picture of the full moon because it’s so bright. This is a 1/4000 second, as fast as the Canon will go, and it’s still overexposed.

A longer exposure shows the bright reds and oranges that can be seen. In addition, about one moon-diameter to the left of the moon’s disc you can clearly see a small, round, blue dot. That’s Uranus.

A picture with the zoom lens at its 75mm setting. This is a pretty good approximation of how it actually looked, with the palm trees dim in the foreground. 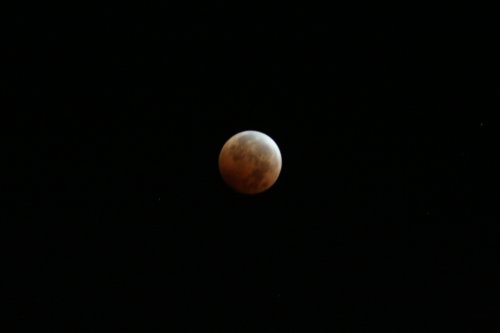 One of the things that’s always interesting is how many stars you can see during totality. With the bright full moon shining two hours earlier,you could barely see Rigel or Betelgeuse in Orion. With the moon eclipsed, you could see stars down to the limits of what’s possible given the light pollution in a major metropolitan area.

Almost back out of the final partial phase.

More comments, notes, and some semi-related pictures in a couple of days. I really, really need to get some sleep!