To Recap: In May, 2012 I went to Asia on the “Three-Countries-Three-Weeks-Three-Kids” tour. The first stop on this once-in-a-lifetime trip was Shanghai, followed by several days in Seoul. Now I was footloose and fancy-free (i.e., lost a lot) in Kyoto, Japan. I found one of the most beautiful and interesting places I’ve ever seen — just search for “Kyoto (Part Two)” through “Kyoto (Part Nine)“. (Yeah, that’s a lot of pictures of one place.)  The next day my daughter didn’t have classes so she started showing me the other sights of Kyoto.

The next site we visited was the Nanzen-Ji Temple.

The main temple building is huge and beautiful. You can climb up a very, very steep staircase (almost a ladder) to get to the upper level. 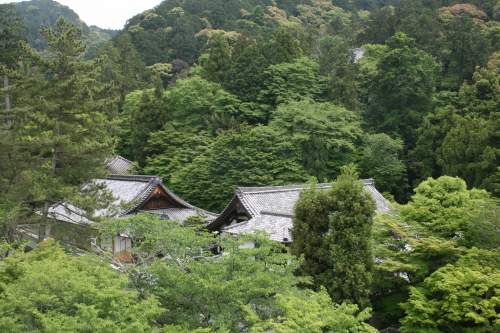 From the upper level you get great views of the other temple buildings in the forest, and the main, modern city off in the distance.

The main room of the temple, apparently still in use as a part of the Rinzai school, one of the three Zen sects in Japanese Buddhism. 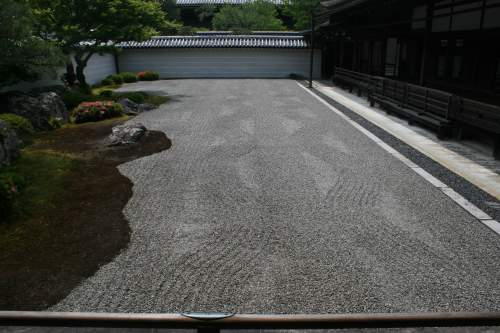 Nanzen-Ji Temple was founded in 1291. While the Europeans were building cathedrals (and surviving the Dark Ages), the Japanese were designing and building places like this. 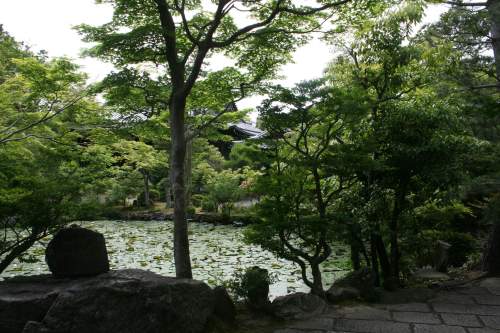 Finally, I was fascinated by this gardener. The area being maintained was covered with moss, so thin that it would make most putting greens look overgrown, yet he (or she, couldn’t tell) were taking care of it inch by inch, like it was one humongous, living piece of art. Which I guess it was.