There’s gotta be a reason other than sheer cussedness and having some clown at Ma Bell thinking, “How can I possibly maximize the amount of chaos and confusion for the next hundred years?”

If calculators had numeric keypads laid out in this pattern… …then WHY did touch-tone phones get laid out THIS way? 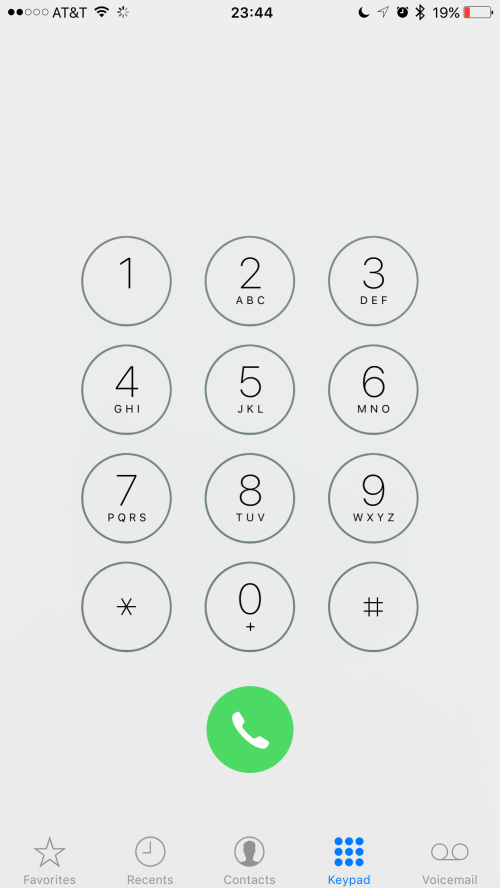 Googling it seems to lead to the answer, “No one knows!” Well, sort of.

Ma Bell actually did a LOT of research when they were designing the touch-tone phone. See this journal article, page 999 in particular. (The article isn’t 1,000+ pages – it’s only 19 pages in the middle of a long, long series of articles and issues that have their pages numbered sequentially.)

In essence, Ma Bell figured out that this was the best arrangement for a couple of reasons, then went back and asked the calculator and cash register folks (who had used the first design for decades) why they used the other arrangement. No one knew why, it’s just what some early big manufacturer did and everyone else followed along to be compatible.

The other explanation, which makes perfect sense once you’ve seen it, is that matching up with the old calculator standard and then overlaying the alphabet would either have had the alphabet scrambled and starting from the bottom, or would have had “ABC” on “7”, “DEF” on “8”, and so on. Both are terribly counter intuitive.