For the most part I’m pretty well constantly amazed by the Apple Design Team. There are so many incredible things about the iOS and iPhone and iPad designs that I’m just gobsmacked.

When the timer goes off, the huge yellow button that’s prominently displayed in the middle of the screen is to “STOP” the alarm. If you want to do what is presumably a secondary choice, “Repeat,” then you press the smaller, more obscure button on the bottom.

This is a good design. The alarm’s going off! You’re in the middle of a meeting or a movie or a make-out session (sidenote – do the kids these days still call them “make-out sessions”? – my money says “no”) and you forgot to silence the damn phone so now it’s going of and you want it to SHUT UP! Fast! Maybe you don’t have your glasses on and they’re lost underneath some piece of cast off clothing. Hurry up! HIT THE BIG ORANGE BUTTON!! 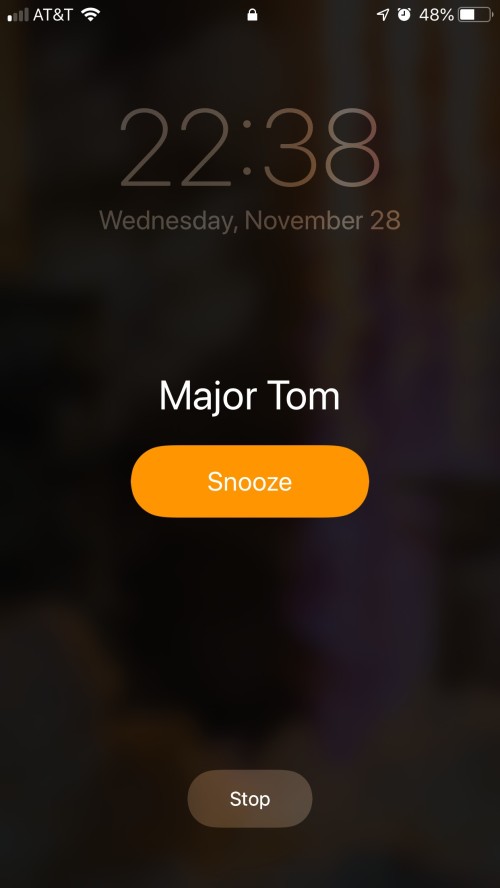 You’re still in that meeting or movie or trying to keep that mood going, you still can’t find your glasses, you’re still in a HUGE hurry so you hit that big, orange button…only to get to do it again in eight minutes.

Am I missing something here? What’s the logic behind diametrically opposed design emphases in two almost identical circumstances?

Someone might have dropped the ball on this one, Apple.