This guy was sunning himself next to the trash barrels when I went out this afternoon: 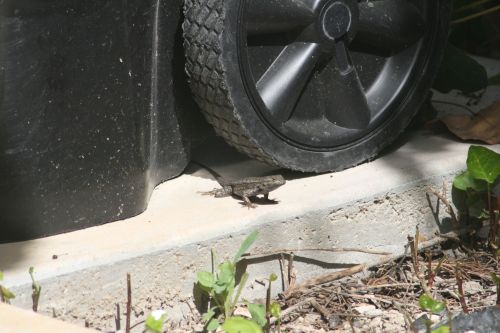 I’m actually surprised by what the photos show him to look like in detail. From where I was standing and taking the pictures (about ten to fifteen feet away with a big telephoto lens) he looked to be solid black.

As you can see, he’s got a much, much more detailed and not quite as dark scaling pattern. 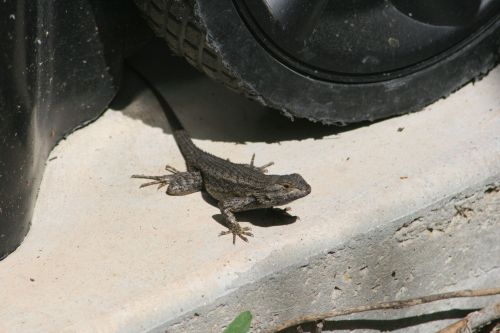 He was also pretty calm about standing his ground – I’m guessing that he’s pretty comfortable with the environment around the trash bins and the ivy and bushes immediately behind them, so he knew that he could get to cover very quickly. Most of the other lizards I see in the “new” house sun themselves more out in the open and are pretty skittish. This guy let me step up to within about seven or eight feet on this picture before he boogied.

But he was back out quickly after I dropped off the trash – I saw him back out there just a couple of minutes later. Something besides the sun had his attention.

One response to “Big Black Fred”