There was a work event today up in Palmdale, but rather than being on a ten-acre, dirt-covered construction site, we were at a lakeside location. I was working most of the day, but did take five minutes to go down to the lake and take in the view. 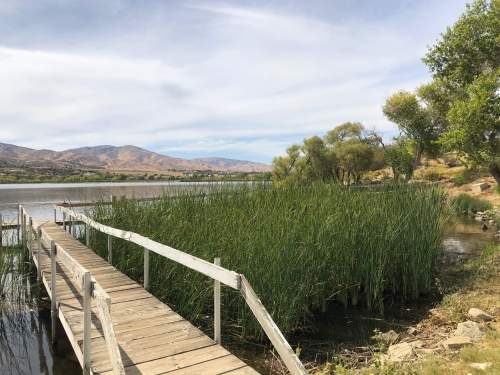 When I first got there and took the first two pictures, all of these ducks were just off the end of the dock, most of them with their duck butts in the air as they were feeding. When I started to walk out onto the dock, they all took off to about 100 feet away and proceeded to squawk and bitch at me.

These must not be normal “park ducks.” The park ducks do the opposite, coming onshore and near anyone that comes near because they’re used to people having bread and seed and crap to feed them. (I did not have anything to feed them.)