“What happened to all of the bird pictures?” I hear you asking. (No, really, I hear it.) Good question. “Life,” would be the answer, but said in character as Marvin the Paranoid Android (aka Marvin the Manically Depressed Robot).

But there are plenty of unseen bird pictures from earlier in the year, including a couple that I’ve never shown, so here you go! 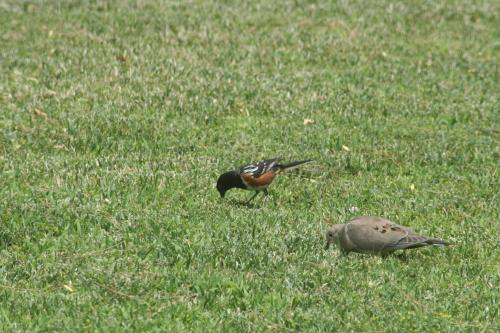 The Spotted Towhee is quite stunning in comparison to their California cousins. 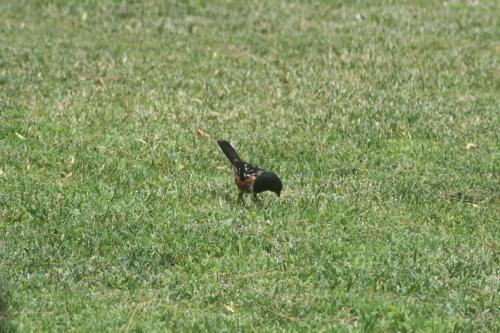 This one was living in our bushes for a month or two, from late April to mid July.

Not sure why this one moved on, especially given all of the free seed that gets scattered about every day.

However, since I only ever saw the one male, perhaps even daily free means wasn’t enough incentive to keep him here when female companionship was needed. 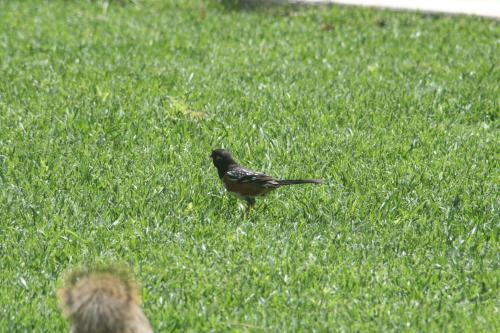 He obviously didn’t mind sharing the dinner table (i.e., the back yard) with the squirrels, mourning doves, California Towhees, juncos, and other residents.

I’ll keep an eye out. Maybe he’ll come back with a female that he’s regaled with tails of a California paradise.