A few weeks ago there were eight or nine tiny “popcorn” fence lizards out here. But it’s started to get cooler, the days are shorter, we’ve gotten some rain, and now it’s just the one I’ve seen in days. 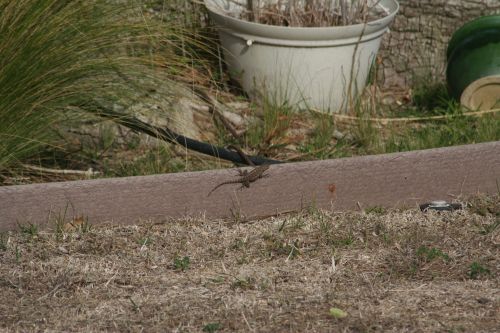 Assuming it’s one of the same ones, it’s at least 50% bigger than it was, growing fast. But still skittish. 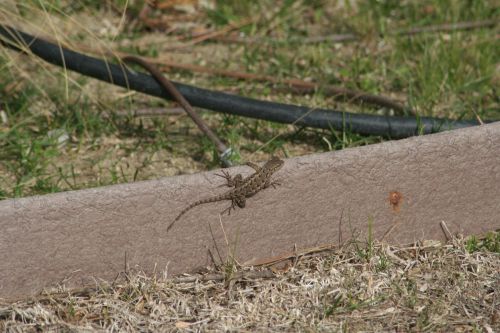 Can I take three or four steps forward, to where I’m maybe seven or eight feet away? Suuuuurrrreee…. Maybe…

Another half a step? Nope, nope, NOPE!!! Through the bushes and up the tree we go!

He’s still in the sun, but he’s not going to stay there if I move forward again. So I leave him be and back away. He needs all of the photons and bugs he can get before starting to hibernate.

Where did the rest of his pals go, the other six or eight or whatever who were hanging out on this garden edging? Maybe into hibernation, maybe they got invited to some critter’s lunch as the main course, probably a little of both.