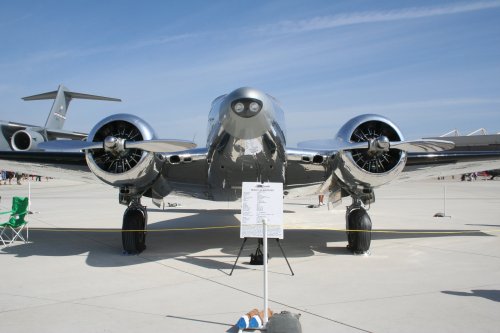 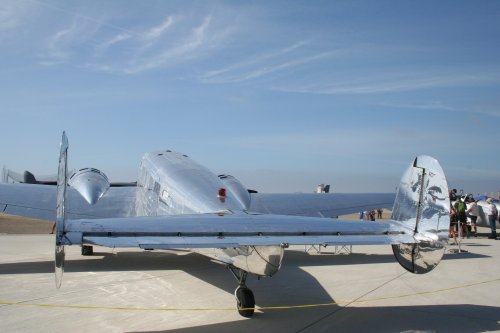 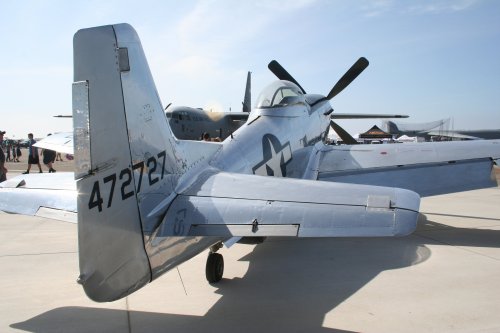 More shiny! This is, of course, a P-51 fighter, in a different configuration and paint scheme from ours. 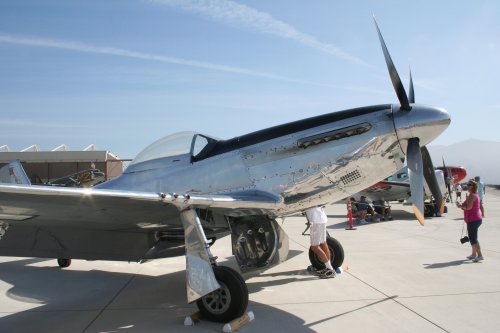 Aside from the paint (or lack thereof), the biggest difference between this P-51 and the one we fly is that this one has not been converted to fly with a passenger. 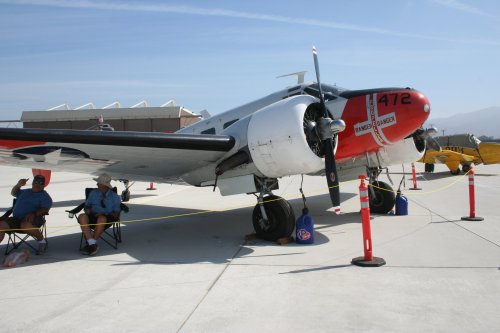 This is another Beech C-45, an “H” model. Different paint scheme, but more similarities than differences. 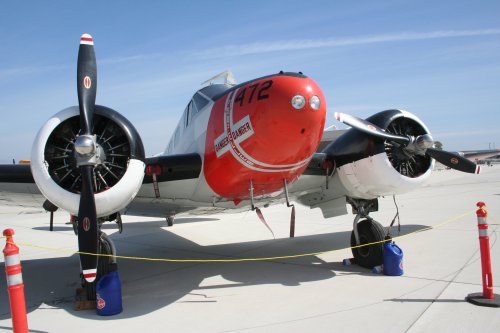 Look at the lights on the nose, the landing gear, the vents in the leading edge of the wing between the engines and the fuselage — all the same as the silver plane. Some small differences in the engines, but planes can have different engines on the same body. 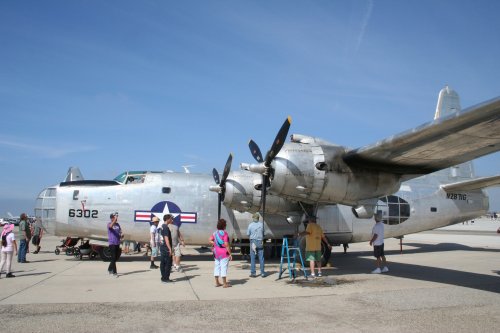 This aircraft started life as an Army B-24 bomber, then ended up as a Navy PB4Y-2 Privateer. This is a standard for nomenclature for plane types used in both the Army and Navy during World War II. For example, the Army B-25 bomber became the Navy PBJ – the PBJ we’re restoring at the CAF SoCal is a Marine aircraft, further upgraded with machine guns so that it could be used as an attack bomber instead of just as a bomber. 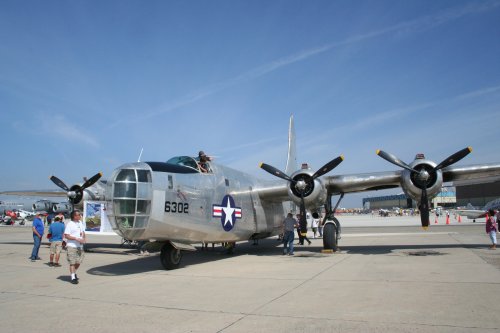 After World War II this aircraft went to the Coast Guard, then used in private service as an aerial tanker and fire bomber. 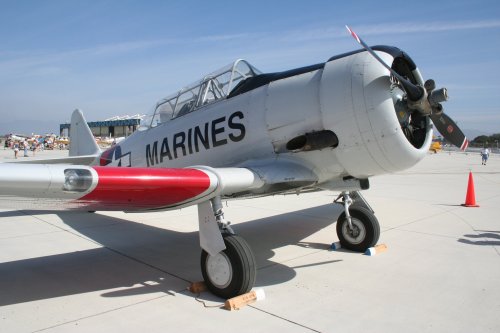 Finally, another SNJ trainer. As with the Army B-25 and Navy PBY, for trainers the Army had Texans, the Navy has SNJs, and the British had Harvards. Texan = SNJ = Harvard.

I don’t know who owns this one (I forgot to get a picture showing the plane’s “N-number” or registration number) but it might be part of the Condor Squadron that flies out of Van Nuys Airport.