Remember the pictures and stories from our August New York trip? So did I, finally. (Damn election!)

In summary: New York City had a life of it’s own in my head. In early August, I visited there for the first time. On the first afternoon we visited Central Park and were there for hours, despite the jet lag. We started our first full day with a tour of the Intrepid and the Space Shuttle Enterprise. Next was the full cruise (two and a half hours plus) around Manhattan – south down the Hudson River into the Upper Harbor, up the East River under the “BMW” bridges., and past Midtown and the UN. 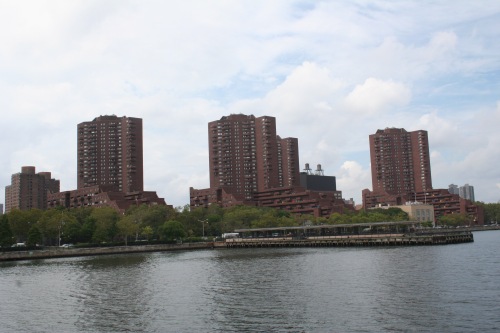 After passing Gracie Manor and waving at the mayor (who did not come out to the lawn as we passed and wave back) we entered the Harlem River. These matching high-rise apartments along 1st Avenue at about 106th Street looked impressive. However, behind them and around them were block after block filled with groups of buildings that looked like clones of each other. That makes me think that these might not be high rent, in-demand properties, despite their river views. I could be 100% wrong and would look forward to be corrected by anyone who knows better. 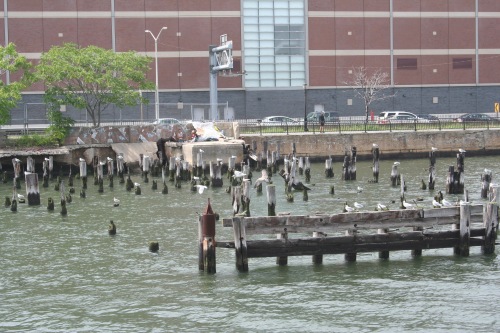 I kept discounting any expectations of wildlife in the city, until I got near the water. Not just seagulls (the pigeons/sky rats of the shoreline) but herons, storks, ducks, egrets, and more. 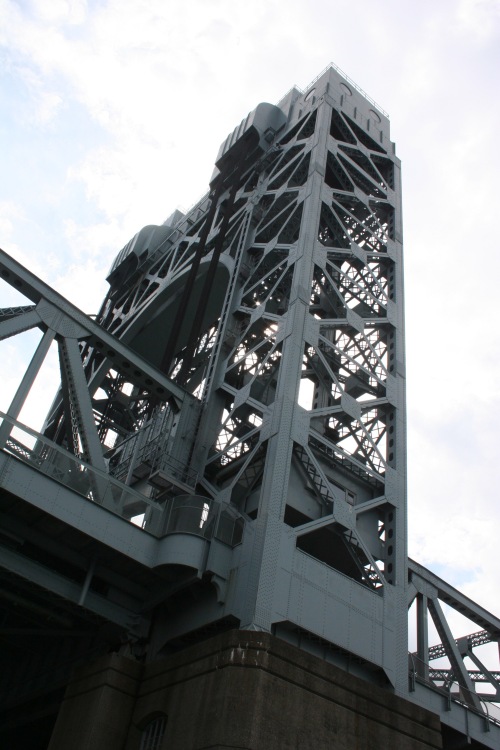 The Robert F. Kennedy toll bridge, the last of the tall bridges along the river.

Our tour guide had been nattering about maybe not being able to get all the way up the river and around Manhattan if the tides were too high. I figured it was just a wacky little bit of showmanship. 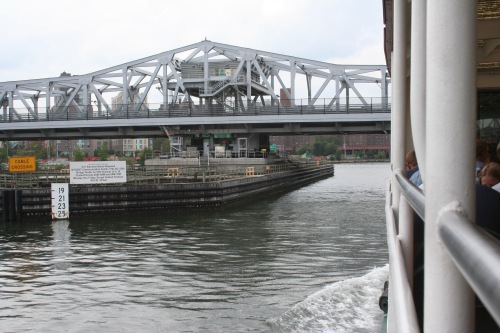 North of the Robert F. Kennedy toll bridge, the bridges were a lot more frequent and a lot lower. The 3rd Avenue Bridge is a good example. There is not a lot of clearance above the boat as we go under. 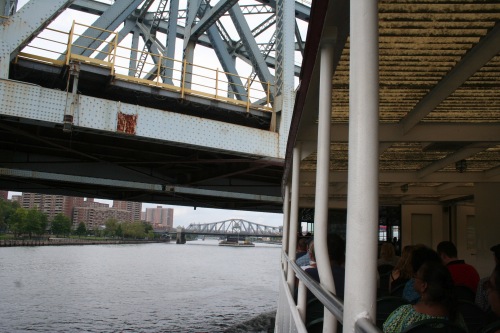 This railroad bridge was even lower. Or we were higher. What’s that old movie, “Don’t Raise The Bridge, Lower The River”? 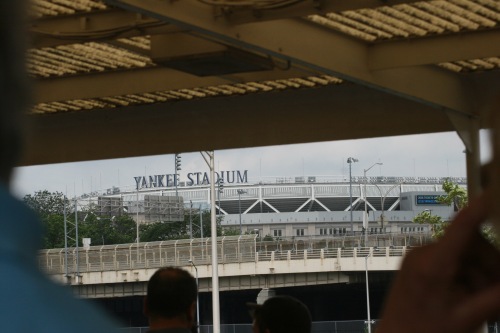 Off to the right was The Bronx. On our side of the boat we got a glimpse of a sacred place that we would return to later in the trip. 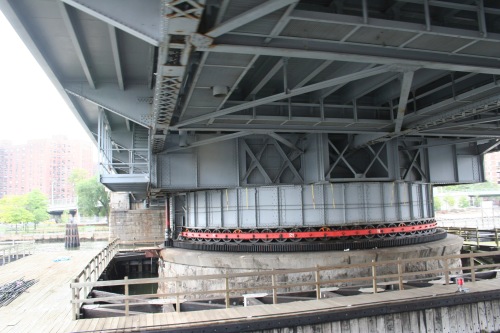 The railroad bridge could be raised and lowered to allow taller ships underneath, but all of the rest of the Harlem River bridges had these structures. Right in the middle of the river was an island holding this huge axis on which the bridge could rotate. 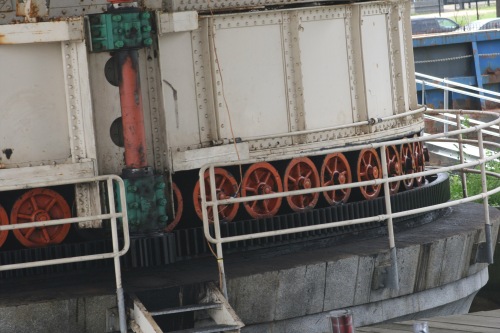 It’s slightly brilliant. If you don’t want to spend a gazillion dollars building a huge, tall bridge and the river is more narrow (the Hudson River and East River are too wide) then you can just put the entire bridge balanced on a monstrously huge pivot with a whole lot of really big wheels and a honkin’ big motor. When a taller ship needs to get through, just turn the bridge sideways so that it’s facing the same way as the river, not perpendicular to it. 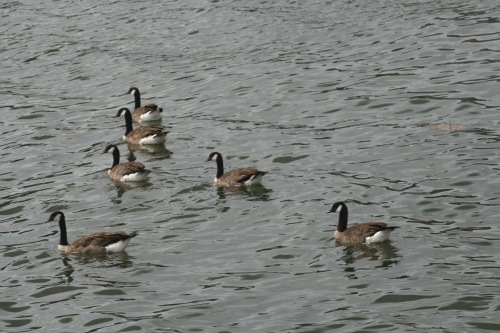 Passing Coogan’s Bluff (no sign of either Clint Eastwood or Lee J. Cobb) there was a large group of Canada geese that were mildly perturbed by our passing. They might have had the right of way, but we outweighed them by about a factor of 10^6, so they gave way.

Next, the northern stretch of the Harlem River