The Houseplants Knew Something Was Up

There’s a houseplant out on the porch that I’ve tried for years to kill. It hasn’t been a deliberate attempt. I’ve actually been working hard from time to time to try to figure out how to keep it alive, and sometimes that’s worked. Often it hasn’t. But the brave little plant somehow struggled along, sometimes with a couple dozen leaves, sometimes with just a handful. 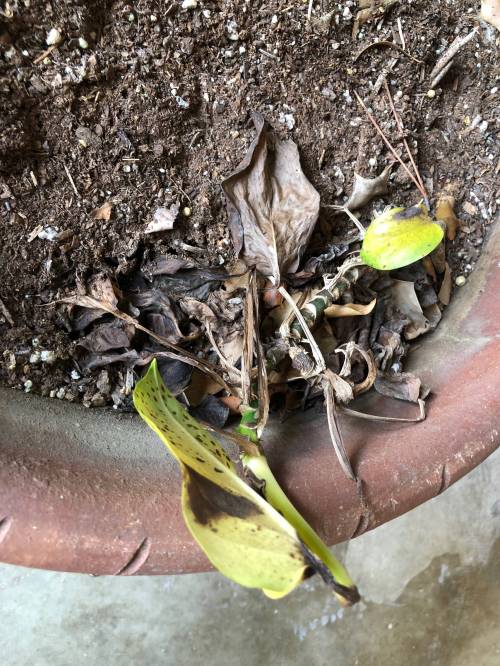 Our brave little plant was down to just three leaves, and they were looking pretty sickly and yellow. 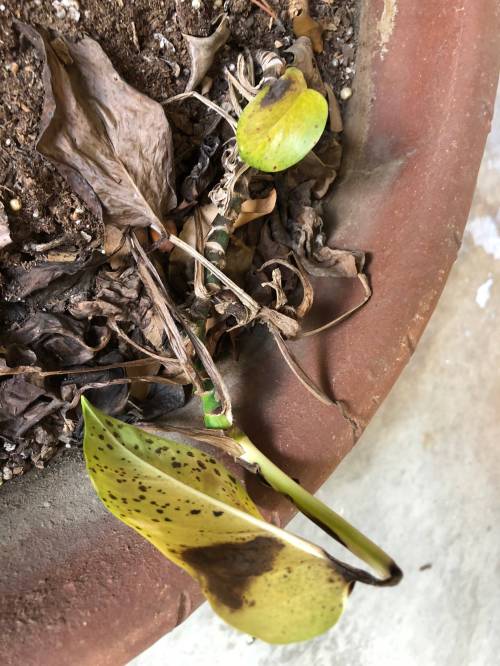 I watered and fed, but it wasn’t any good. By the end of March, there was nothing but the long, ropy stem with no leaves at all.

It stayed that way for almost two months. I probably should have just thrown out the pot and the plant and the dirt, but I was just plain stinking busy through April and May.

The houseplants knew something was up, and they weren’t at all sure they wanted to be part of it at all.

Then, when I was making the final big push to get out of the old house, my daughter and I noticed something. On that ropy stem, against all odds: 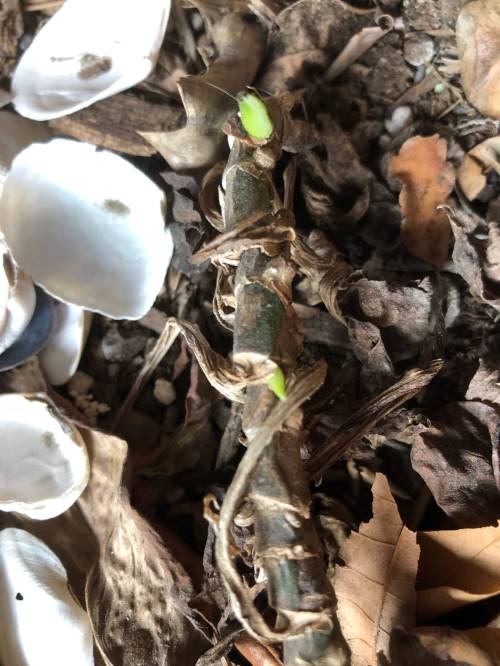 …there are two or three small leaves starting to poke out. The plant has decided once more that it wishes to LIVE, despite my best efforts to save it and keep it alive.

So it got moved last weekend. I’ve found a nice spot for it out on the new back patio, where it’s in the shade most of the day but gets a tiny bit of direct sun, but mainly just lots of light and air. I’ve fed it again, kept it watered, hoping for the best. 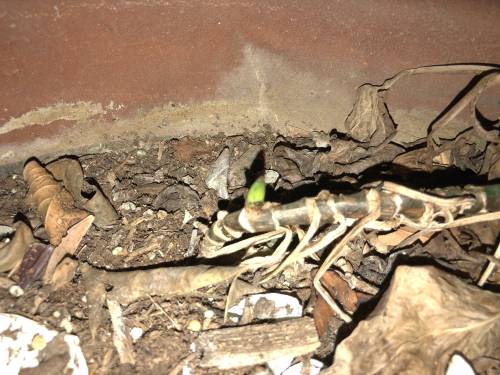 Or maybe this particular little plant is just one tough little son of a bitch!