Rising In The East

Far, far off, beyond the Hollywood Hills and (probably) Griffith Park, through the late evening haze and gathering coastal marine layer, tonight I spotted the moon rising so orange and dark that it looked like it was eclipsed. 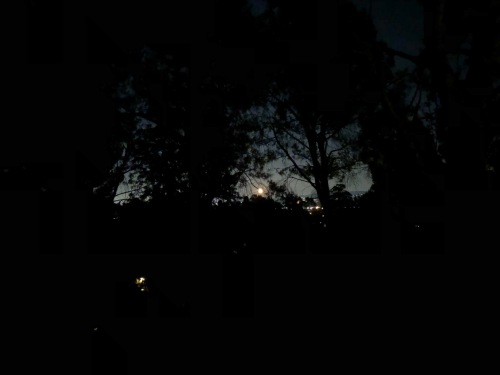 The “good” camera wanted to take a sixty-second exposure, which wasn’t useful without a tripod. (Note to self – find one of the tripods, put it on the back porch.) The iPhone did a bit better, but doesn’t properly convey just how colorful and rich the hue was. 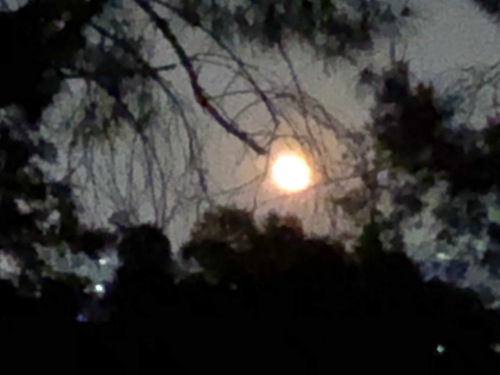 Especially vivid was the sense of looking down on the rising moon. Our hill just isn’t that big so it’s got to be some sort of illusion or effect, but combined with the moon illusion, it was quite an attention grabber. 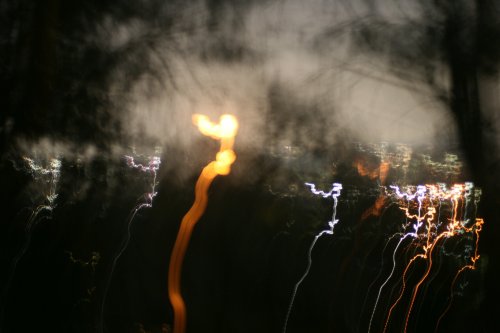 What the good camera did give, with the long exposure and the lack of a tripod, was some interesting effects. Here the trail of the moon actually is a pretty good representation of the color.

Something to keep an eye out for in the future. Especially after I find one of the tripods.

2 responses to “Rising In The East”