As you may have heard, it’s been record-breakingly hot in Southern California the last couple of days – officially 118°F locally yesterday, while today it had cooled off to a balmy 116°F. (Tomorrow’s only supposed to be 103°F – break out the parkas and mukluks!)

Today however was a bit more humid, with some subtropical moisture being sucked up from a tropical storm off of Baja California, so late today we started to pick up a few clouds. We also have a number of brush fires burning around the area (nothing as major as we had last year, at least not in this neck of the woods) and that’s put a lot of particulate matter into the air.

Put it all together and we finally got our first above average sunset at the new house! 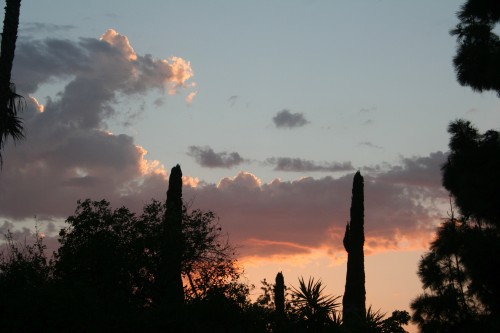 Last sunlight on the clouds: 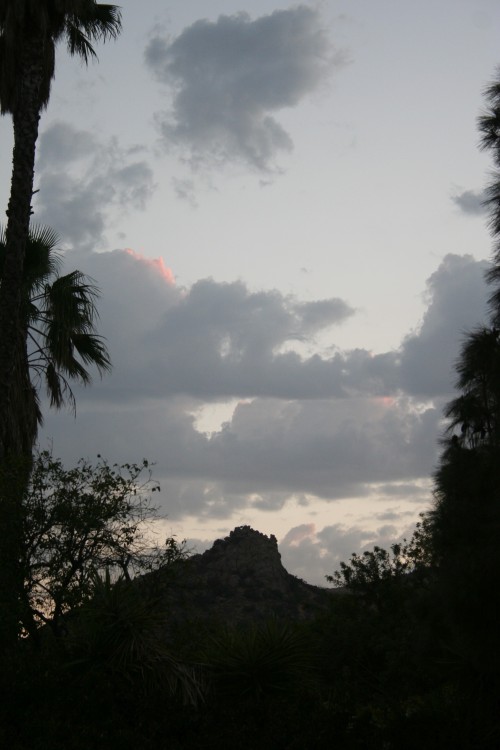 The mosquitoes and gnats were out. I can take a hint and leave them to the bats!