Yesterday the house was buzzed by a squadron of warbirds – the Condor Squadron out of Van Nuys Airport. Today I ran into one of their pilots at the CAF hangar and commented on how great it was to see them so close overhead. I was given the heads up that yesterday was a practice run for a memorial service near our house – tonight was the real thing. So I was ready. 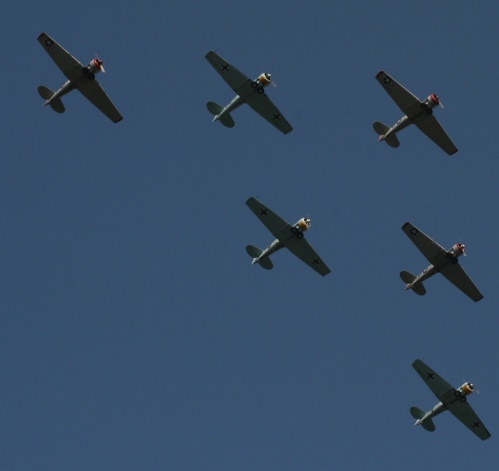 In preparing this post, I’m struck by how much this view resembles the pictures of storks that I posted yesterday. 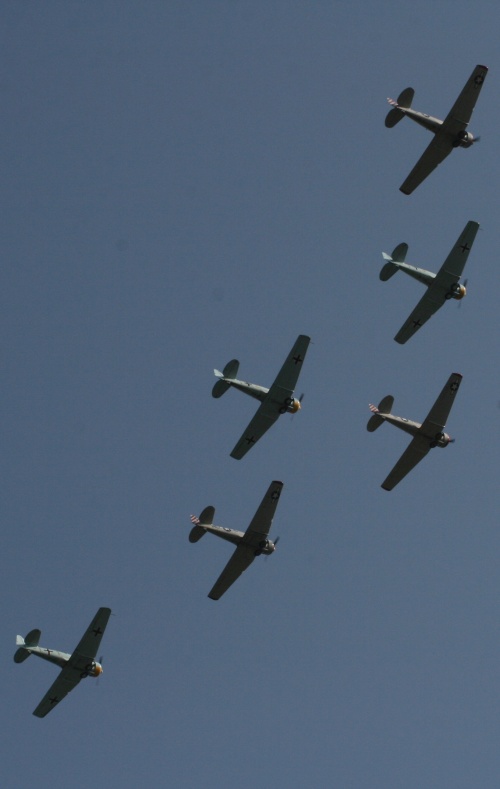 While three are painted in German markings, they’re all American AT-6 Texans – also known as SNJs when the Navy flew them, or Harvards when the British and Australians flew them.

They circled the hill I live on, giving a number of different views. They made three passes. 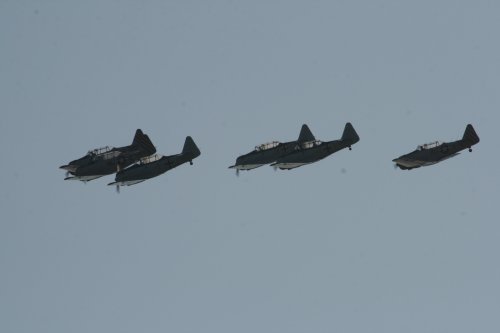 What struck me was the number of people on the street and in neighboring yards who seemed totally oblivious. I understand that no everyone’s going to be an “OOOHH, and AIRPLANE!!!” ga-ga sort of guy like me who’s going to grab a camera and run out into the yard, but for crying out loud! If you’re already out in the yard and you see these guys circling around just seven or eight hundred feet up, don’t you at least look up? 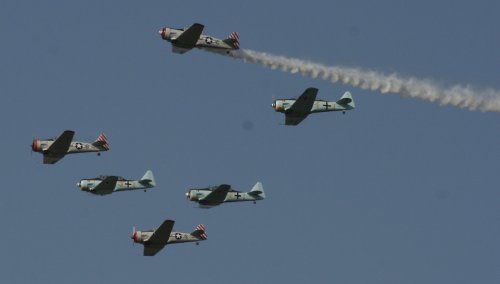 On the second pass, one plane popped smoke and went into the “missing man” formation over the memorial site a few blocks from us. 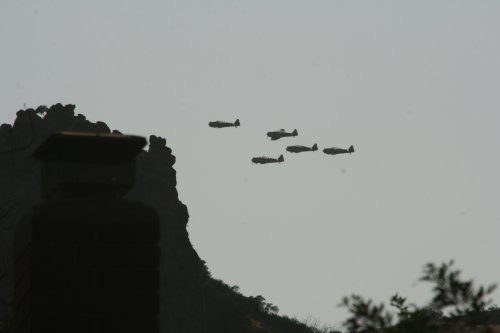 After that, it was time to form up, pass behind Castle Peak, and head off to the west toward Camarillo, where there was a retirement party tonight at our CAF hangars for one of the Condor pilots.

One response to “Condors”