I apologize in advance for the stupid and lame article title. 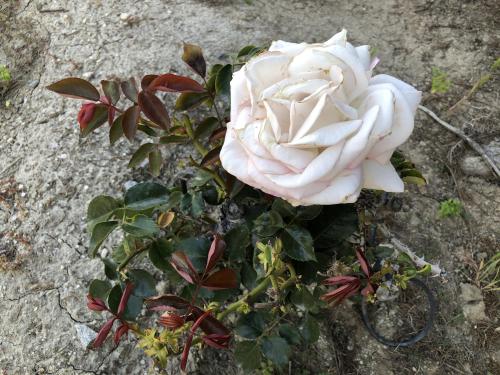 It’s descriptive. But that’s about all. 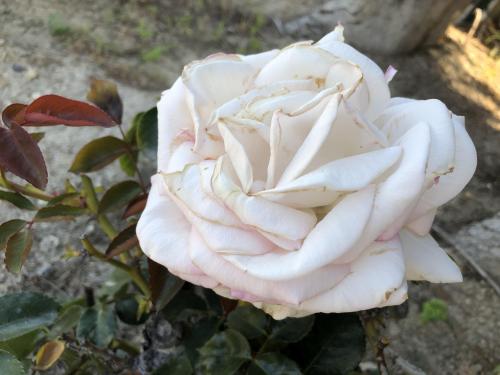 There’s a certain “truth in advertising” aspect to it, but since I’m not really advertising, so what?

It’s a very nice white rose. I especially liked the bits of pink around the edges of the petals. 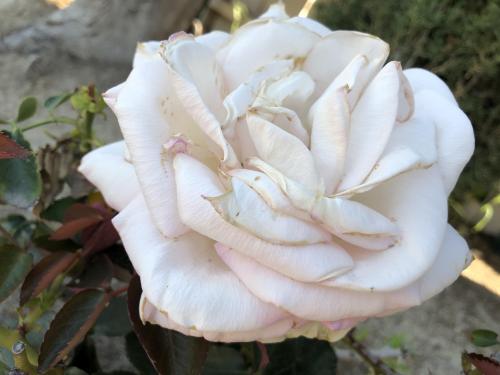 And it was most certainly a Tuesday, although it felt like a Monday, even though I worked Saturday, Sunday, and Monday in what was supposed to be a three-day weekend, but with everyone else back, it felt Monday-ish. Which was less than pleasant. 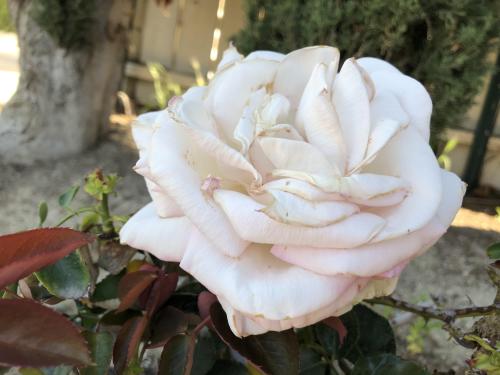 There’s also a chunk of that “getting old sucks” aches and pains going on at the moment – nothing life threatening and considering what else is going on in the medical world these days, being sore all the time because I threw too much batting practice twenty years ago isn’t much to bitch about. But it still hurts.

So I smelled the roses – they smelled lovely, even if they were white, even it was a Monday-ish-feeling Tuesday. And I heard two new birds in the neighborhood. Something else mind numbingly boring to talk at you about tomorrow, maybe.