Full Moon Rising With A Side Dish Of Eclipse

But we’ll deal with those later. Let’s talk about catching the full moon rising over the Santa Monica Mountains (between Tarzana/Encino and Santa Monica) while also being partially eclipsed! It was only a penumbral eclipse but that still astonishing and at least 100 x more beautiful than my pictures can portray! But I’ll share them anyway.

Thanks to the Star Walk app on my iPhone, I was pretty sure it was going to come up right about there. Which just meant I had to find a hole through the trees on the hillside below me. 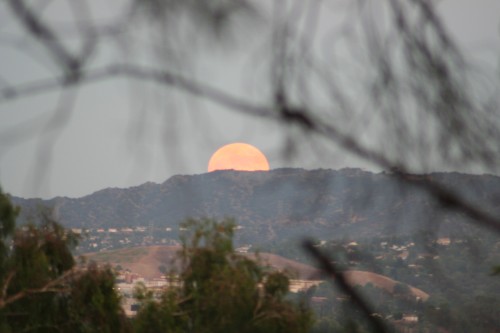 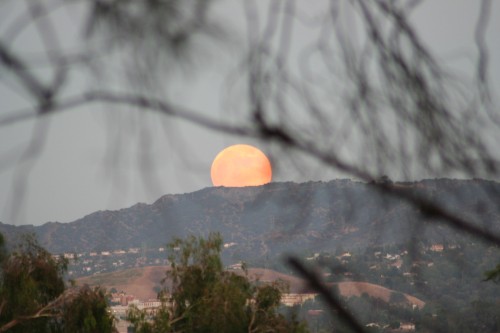 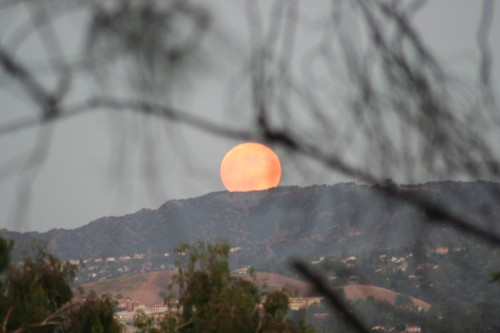 For a view of the bigger picture: 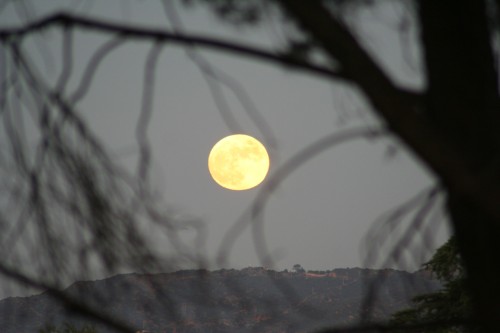 From there it was a not-so-quiet yet relaxing couple of hours of listening to the barrage, along with the peepers down the hill, a couple of nighthawk’s circling above, a pair of owls pissed off with all of the explosions, and the wind through the trees.

I had put away the good cameras, but before I came in I took a shot at a picture using the iPhone which I didn’t think was up to the job. I’m glad I tried – I was wrong!

Upper right, way overexposed, the full moon. Dead center, bright through the tree, is Jupiter. To the lower left of center, just inside of that big branch from the center tree, much dimmer than Jupiter, is Saturn. Below it all, the San Fernando Valley in all of its illegal fireworks glory.

I hope you had a safe Fourth if you’re in the US, wore your mask, and stayed physically distant if you went anywhere.