Looking at how often I post variations of this exact shot, with the two or three or four-day old crescent moon and Venus or Saturn or Jupiter or some combination of them all, you would almost think that there’s some pattern here…

As the prophecy (i.e, the astronomical ephemeris) foretold, the Moon has passed Venus to the west of the Sun. 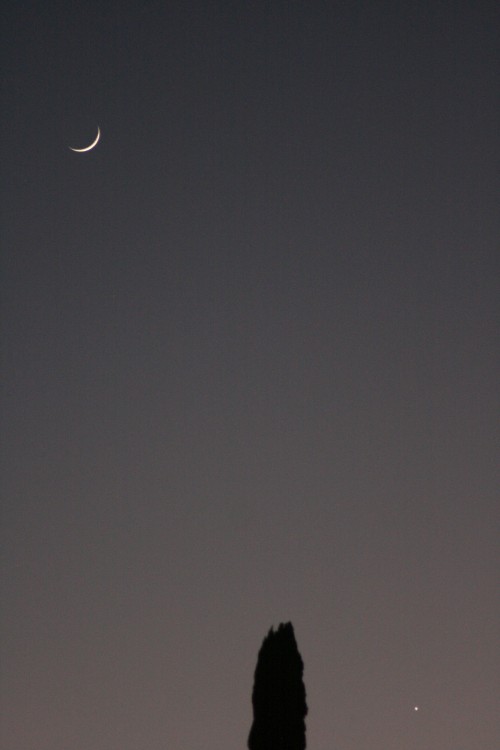 Tonight I remembered to go out about 45 minutes earlier than last night. It worked (of course). 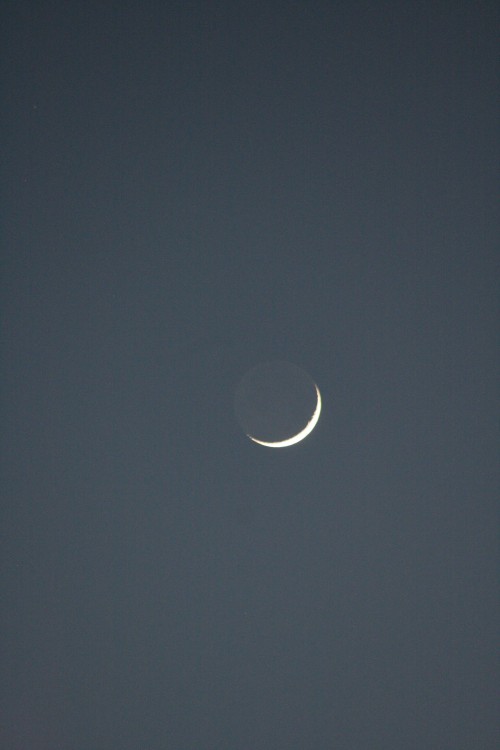 In the not-quite-dark-yet dusk, the Moon was a crescent, two and a half days (ish) from full moon (which caused that partial and annular solar eclipse on Thursday morning, remember?) with lots of Earthshine. 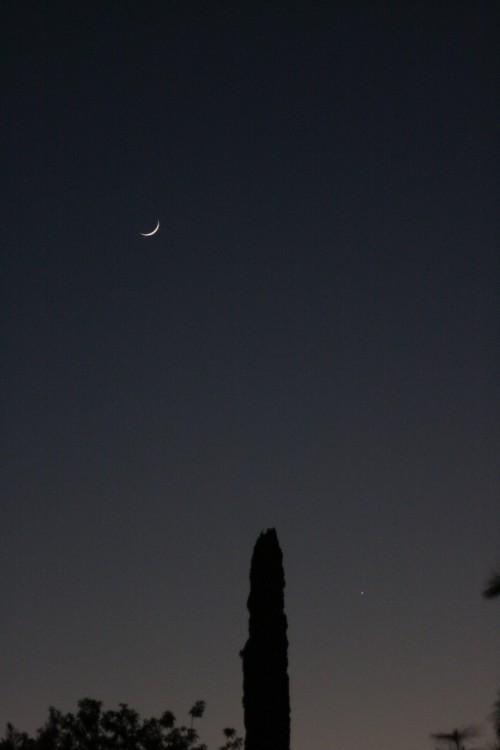 It was wonderful, clear, cool, a tiny breeze and the stars starting to come out. I could hear two parties going off in the neighborhood – probably graduation celebrations. 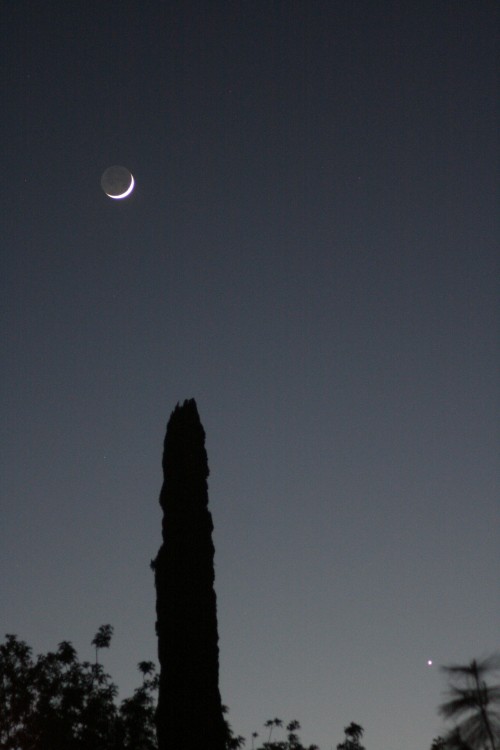 As Venus was headed toward the horizon somewhere far beyond Santa Barbara, the Moon was perched atop this tree, with some large hawk or raptor of some sort having just glided in to roost in the tree just at the lower right.

As it got darker, even though the Moon was sinking down into the coastal haze, the Earthshine got easier to see.

I’m grateful that it was clear two days in a row – given the week’s forecast for hot, Hot, HOT weather every day, we might be able to luck out for the rest of the week. Of course, it’s also predicted to be 117° to 120°+ all week, so that’s a mixed blessing.

If you can get a chance to see these two planetary objects over the next couple of nights after sunset, take it! Just go out and sit and watch for a bit. (Put on bug spray…)