Even with the noise-cancelling headphones and music on, the helicopter going overhead rattled the building. A minor disadvantage of living on top of a hill.

Then the second one went over.

Okay, pull up the Flightradar24 app. Where are they going? 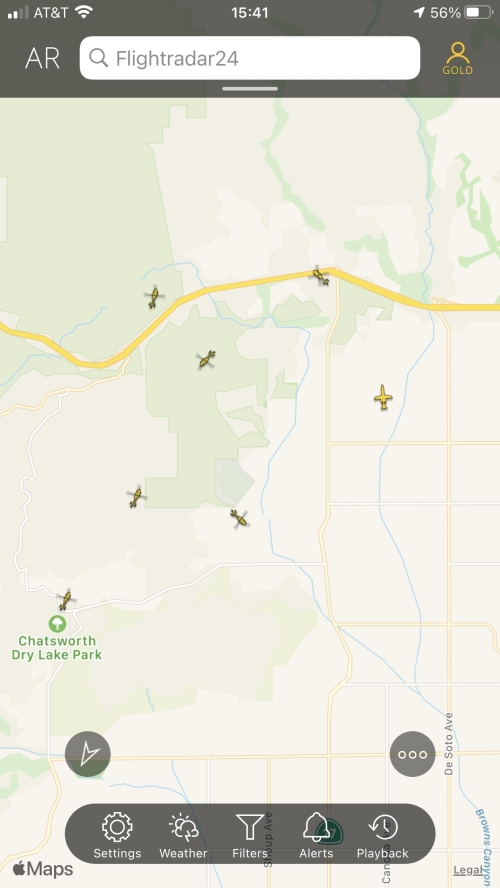 Okey dokey! Not only these six, but at least one more, the big Sikorski Skycrane, was also flitting in and out of the area, probably going to refill its tanks at a local reservoir. All of these were registered to LA City Fire, LA County Fire, and Ventura County Fire. So the two that came over our head must have been the Ventura County pair, coming from Camarillo where they’re right next to the CAF hangars.

#RockyFire; FFs are arriving on-scene of a 2 acre brush fire on Northbound HWY 118 in @City_SimiValley. Fire is moving slowly and should be knocked down shortly. @LAFD and @LACoFDPIO are working with us to quickly contain this fire. pic.twitter.com/XlXyN7orTO

And there you go! Good thing that it’s a cool, cloudy, drizzly day (where did THAT come from?) with no wind to speak of. And six or seven helicopters dropping water might be considered overkill – until you remember that something much like this (albeit on a hotter, windier, drier day) led to THIS less than three years ago. And a couple years before that. And before that. And…

You get the picture. 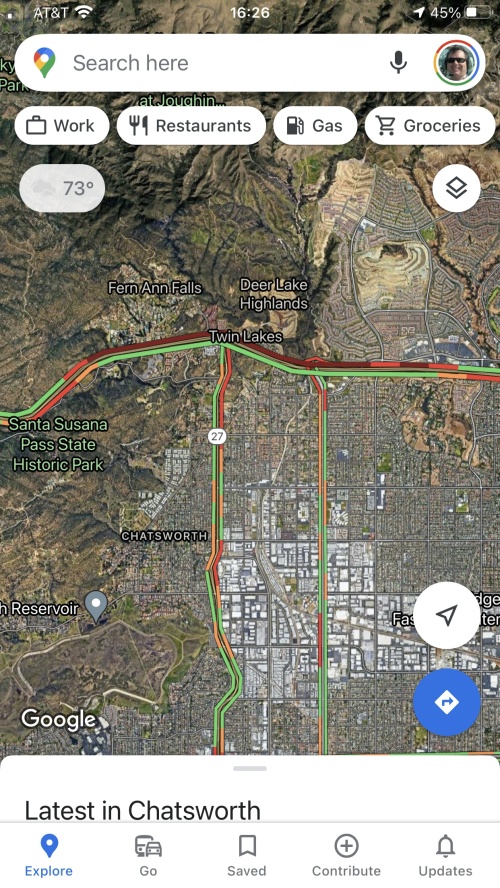 Meanwhile, back on the 118 Freeway…

2 responses to “Again, Something’s Up”