Yesterday I had pictures of a slew of distinguished guests and legendary aviators who visited the CAF SoCal hangar on Saturday. One of them, Clay Lacy, flew over from Van Nuys in his absolutely stunning DC-3.

Clay’s DC-3 has been meticulously restored, with an interior that would rival any luxury aircraft of its era. It is a joy to see in the air and a treat to tour the interior. 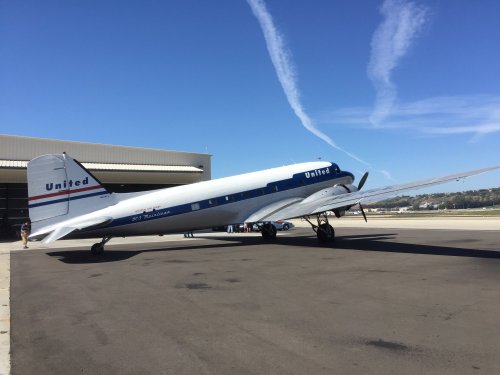 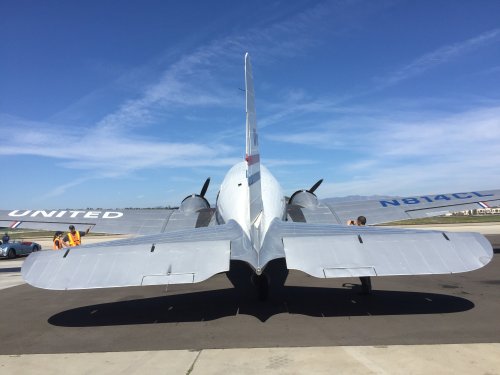 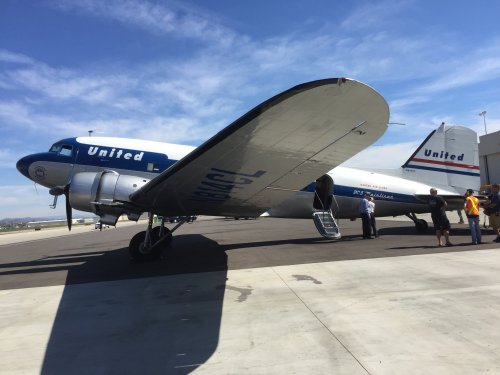 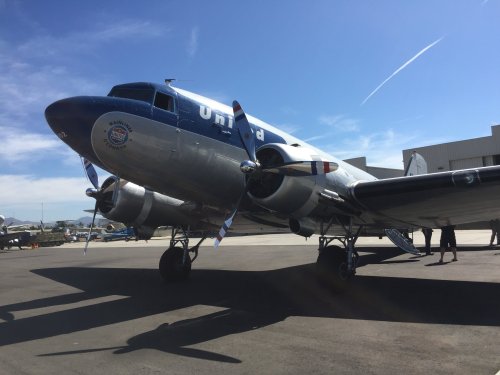 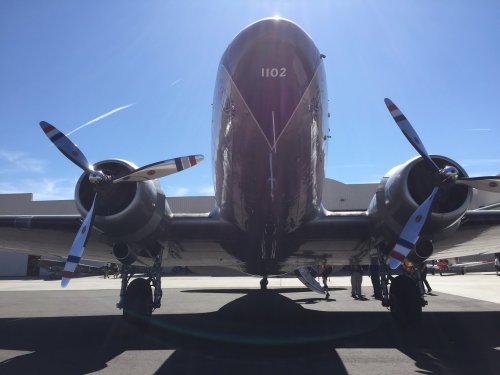 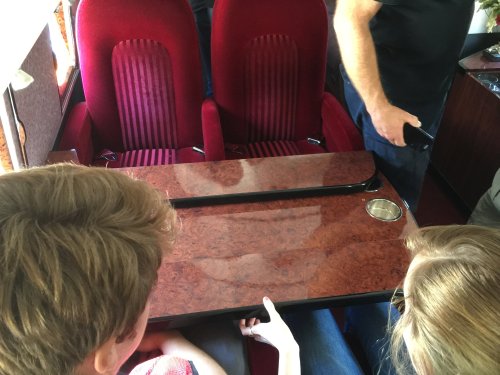 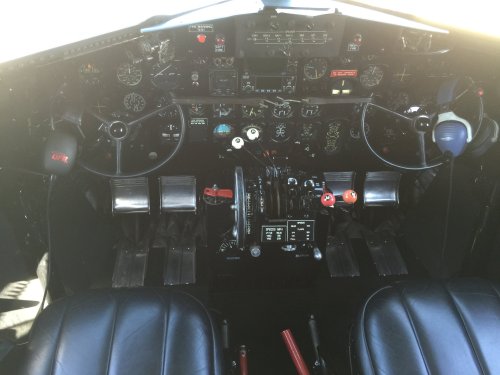 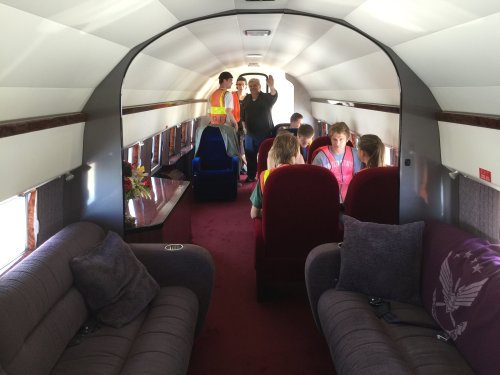