In summary: New York City had a life of it’s own in my head. In early August 2016, I visited there for the first time. On the first afternoon we visited Central Park and were there for hours, despite the jet lag. We started our first full day with a tour of the Intrepid and the Space Shuttle Enterprise. Next was the full cruise (two and a half hours plus) around Manhattan – south down the Hudson River into the Upper Harbor, up the East River under the “BMW” bridges, past Midtown and the UN, into the Harlem River, into the Hudson River, and past the George Washington Bridge.

A few minutes south of the George Washington Bridge, among all of the high-rise apartment buildings, these two distinctive towers rose above the trees.

Officially this is the General Grant National Memorial. Unofficially it’s the punchline of one of the oldest and silliest jokes in the book. 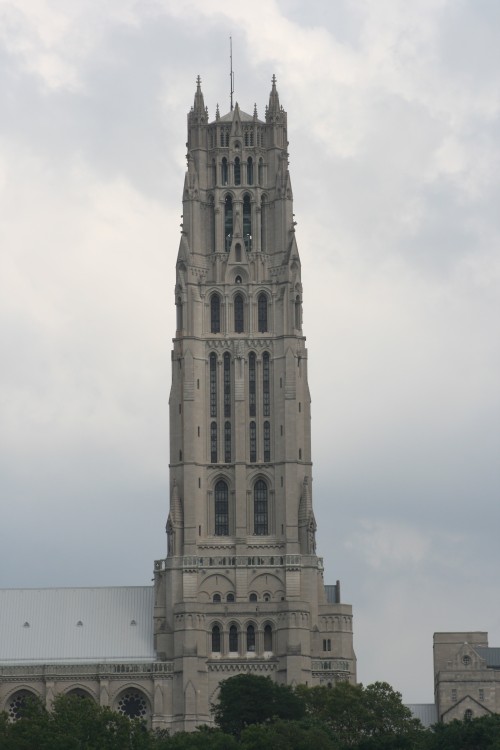 From this point you can see down the river all the way to the skyscrapers at the southern tip of Manhattan. 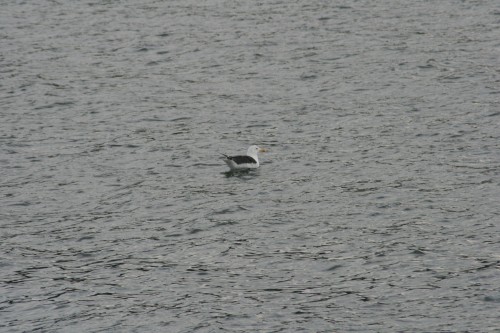 There wasn’t nearly as much wildlife on the Hudson side of the island as there had been on the East River side. Just this one seagull bobbing high in the water.

The tall, brown building here looks like the place designed by Evo Shandor (a well-known Gozer worshiper in his day) where Dana’s apartment was located. Good to see it survived the explosion of the Stay-Puft Marshamallow Man.

Although looking back at it, the clouds were gathering and making me wonder if Zool was going to make a reappearance…

That’s a BIG toy boat tied up at the 79th Street Boat Basin – just what you need if you want to hop down to the Bahamas for the week and your Gulfstream is in the shop.

I thought these three buildings were a lot more interesting before I looked up what they were. Let’s just say that they’ve got one of my least-favorite human being’s name plastered all over them. If you zoom in on the far right building you can see the name between the school bus and the green freeway sign.

Next, we finally make it back to port after our circumnavigation of Manhattan.