Tonight, SpaceX was launching a Falcon 9 rocket with ten Iridium satellites. The launch was out of Vandenberg AFB on the coast a hundred miles or so north of Los Angeles.

We got off work a bit early today and I had thought about trying to drive up to see the launch. But it would have been iffy at best on the timing, especially on a “get out of town” day for the holiday weekend, with the fires still burning up the coast as a bonus traffic problem. I figured the launch might be visible from our front yard. 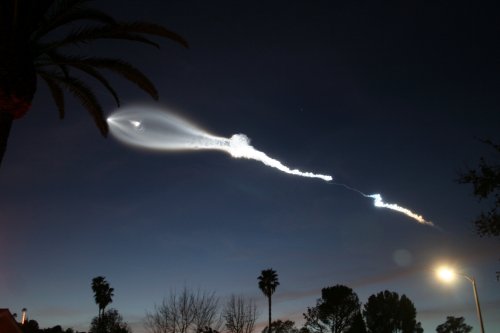 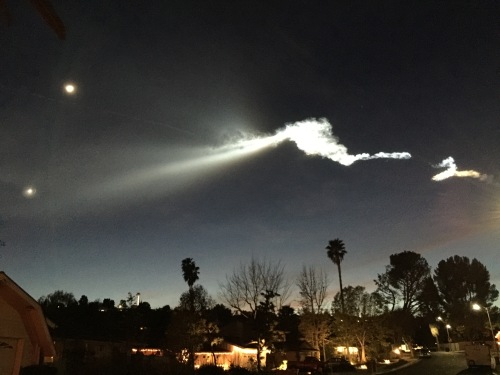 The bright light in the upper left is the moon – the bright spot just off the left edge is the first stage, heading toward the Pacific Ocean. (They did not recover this first stage. Why? They’ve gotten so successful at recovering them apparently that they’re overstocked.) 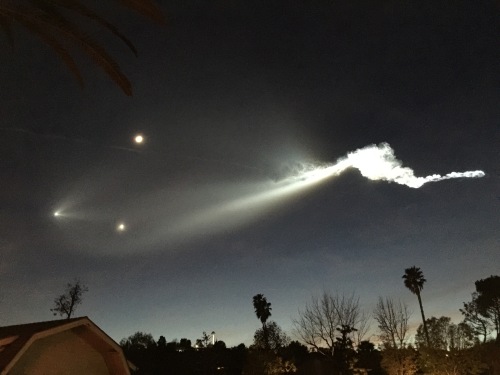 Just a second later, a slightly different angle, you see the second stage to the left of the first stage and the moon. It’s heading toward orbit. (The ten Iridium satellites just finished deploying successfully about five minutes ago.) 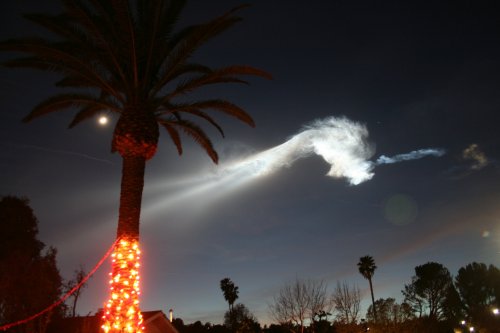 After the second stage disappears over the horizon to the south and the first stage has gone down to the Pacific Ocean off of Mexico, the contrail remains, high up in the atmosphere, still lit by the sun.

This was also TOTALLY FREAKING OUT EVERYONE in Los Angeles. 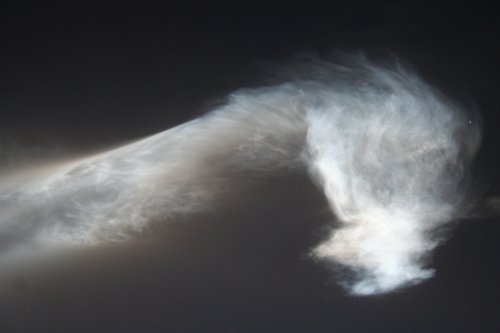 Up close, the detail and filigree of this dispersing cloud is just beautiful. 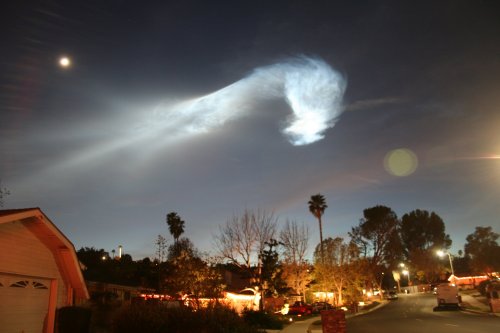 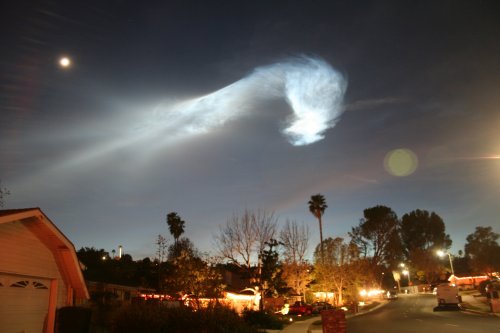 …and this one. Then flip back and forth between them. They were taken four seconds apart, but you can see how the cloud is spreading and flowing. 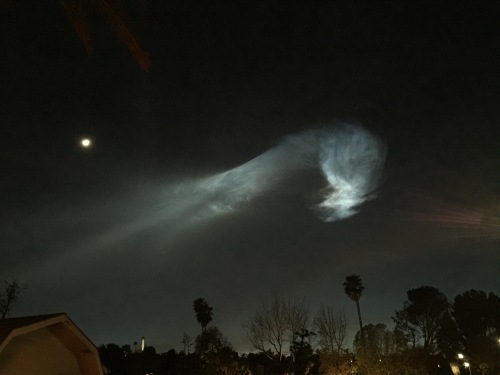 Finally, as the Earth kept rotating (as planets do) and the sun moved further beyond the horizon (as suns do), the cloud started to dim… 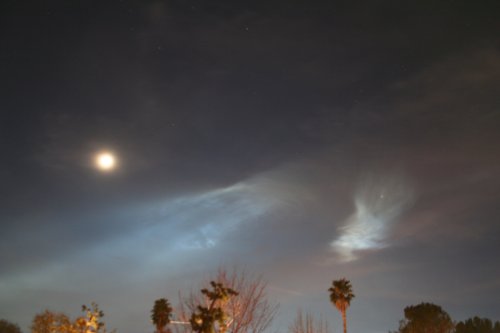 We got a LOT of folks driving by stopping and asking what it was.

It was SPECTACULAR, that’s what it was!

One response to “Leaving The Planet”