As you might have heard, California is burning. On the other hand, California’s a pretty big place, so there’s nothing burning particularly close to us, at least not right at this second.

The closest fire here is the Holy Fire, down on the Orange County / Riverside County border, fifty or sixty miles away. But we still got a bunch of that smoke drifting over tonight and I was hoping it might at least make for a spectacular sunset. 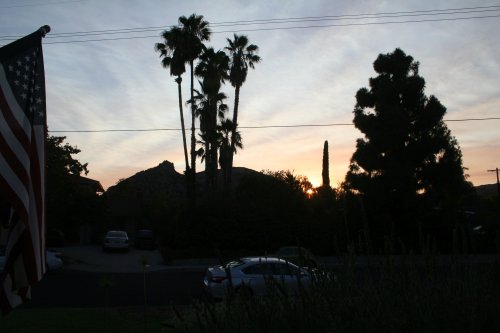 I’m not saying that the view from the heat soaked front porch wasn’t nice, but it wasn’t a 10/10 sort of day, let alone “an eleven.”

I do love me some sunset silhouettes, though! 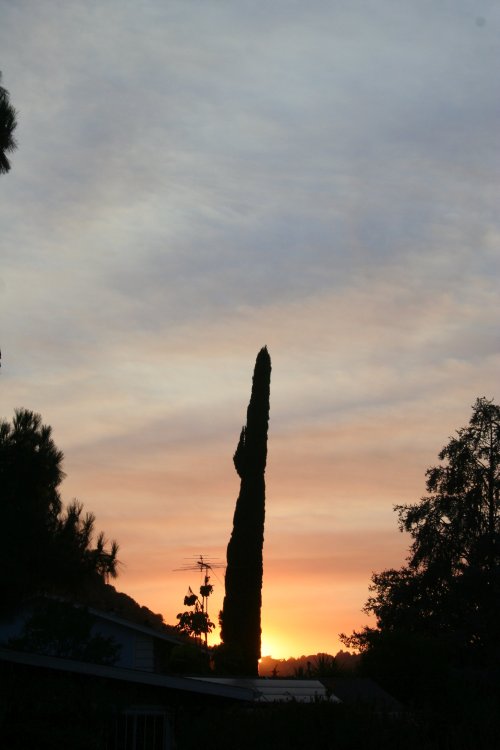 You can see the bands of smoke that had drifted to the west from the Holy Fire. 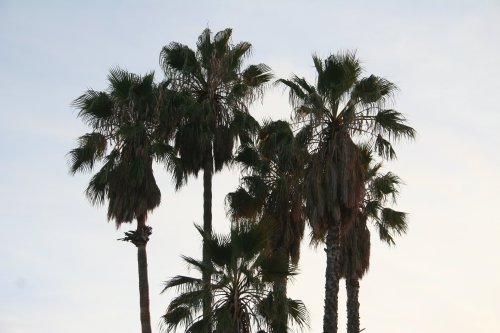 As the sun set you could see (click on the picture to blow it up to full size) little bright spots in the palm tree fronds as certain fronds caught the sunlight just right and reflected it in my direction. 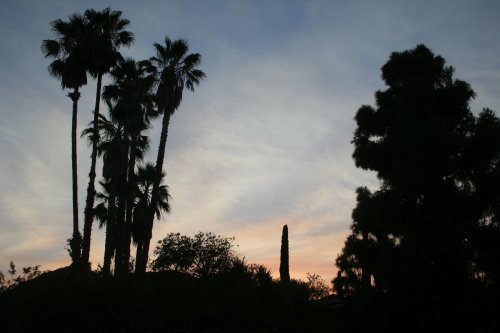 Admittedly, a much better sunset than some of the completely cloudless, boring ones we’ve been having, but not an award winner. 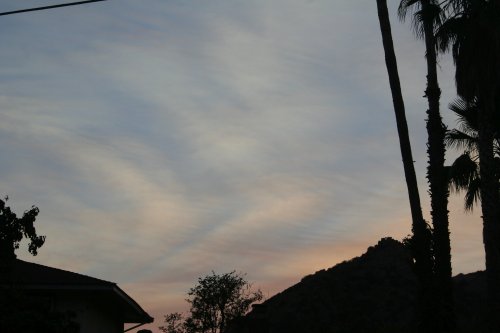 There were some nice ripples in the cloud layer showing up as the sun got further over the horizon.

And that little dot out there just to the left of center (click to enlarge) is a 747 on its way into LAX from Singapore –> Hong Kong –> Anchorage. We see them out there like beads on a string, coming in from over the pole, down the coast until they’re off Malibu, then turning downwind over West LA, turning base over Dodger Stadium and Downtown LA, and then turning final into LAX.

There’s an app for that.

I hope the people on the starboard side of those flights had a nice view of the sunset!