It’s been a few weeks, and while there have been some nice passes earlier this week, seems that this “adulting” thing has gotten out of control and I’ve had no time to “waste” on things like looking at the night sky.

I fixed that tonight.

The only question was whether I could remember all the lessons I taught myself again last month.

(Image from Heavens-Above.com – why aren’t you using them?) 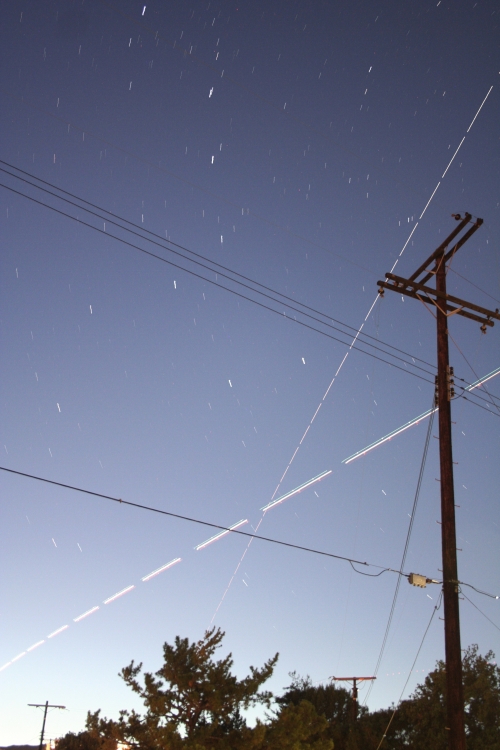 Like a boss! There’s the Big Dipper and while the view to the west is just a quarter shade too bright in five-second exposures, it’s not bad. The ISS came up out of that tree exactly where I thought it would. The Southwest Airlines 737 into Burbank on the other hand was not listed on Heavens-Above.com.

Timing was perfect. I “wasted” six pictures (30 seconds) before the first frame that showed the ISS and I shot only two pictures after the ISS departed the upper right corner of the frame.

Flip to the next position, take your time, set it up. Think for a second – is the ISS headed exactly where you thought it was going to go? Maybe make the tiniest of adjustments to the left. And….action! 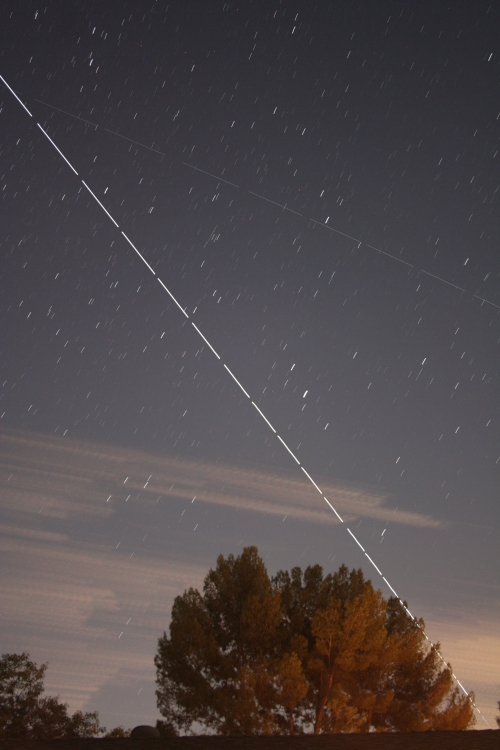 Just about perfect! I shot two pictures prior to the ISS entering the upper left and two more after it had set in the lower right.

There were a few clouds down over Hollywood and downtown LA, but not enough to make a huge difference. Click on the picture to blow it up to full size (I’m giving you the full-sized, no-compression image, so use it!) and you can see that the ISS was fading into shadow on the last few frames.

Do you see the surprise bonus? That other track, going from the middle right (due south) to the upper left (due north) would be a polar satellite that I caught by accident!

I’ll take it. I might actually have this thing down.

Now to figure out how to do it with the camera mounted on my telescope mount tracking the stars – that would keep the stars from trailing. (The trees and ground will blur, but not the stars.)