No Implied Context For You – The Day After November 19th

So, last night it was late and I was doing a quickie “No Context” post which usually means I go through my iPhone photos and find something vague and/or blurry and/or bizarre and then write a few paragraphs of free association with it.

With an image that was various shades of brown and tan and had a bright spot in the upper corner (done, if I recall, by noticing that with the camera on but the camera face down on the desk it made different various gradients and lights depending on the overhead shadows and lighting) my first thought was that I was underwater in a very muddy place with the ray of sunlight to swim up toward to escape. Then, of course, it occurred to me that it might not be muddy water but something more fecal, and that in general was in tune with what’s going on in the world today, particularly in Washington and London, and I went with it.

It was a metaphor, or possibly a simile or an analogy, or even an allegory. Probably not a similitude.

So, here’s that same image, sprinkled with a few seconds of Photoshop magic, to be much more happier and much more upbeat. (Which is an anthropomorphication which is just as much BS as portraying last night’s as sad and downbeat, but hey, “whetevs” as the kids say. [The kids do not say this.]) 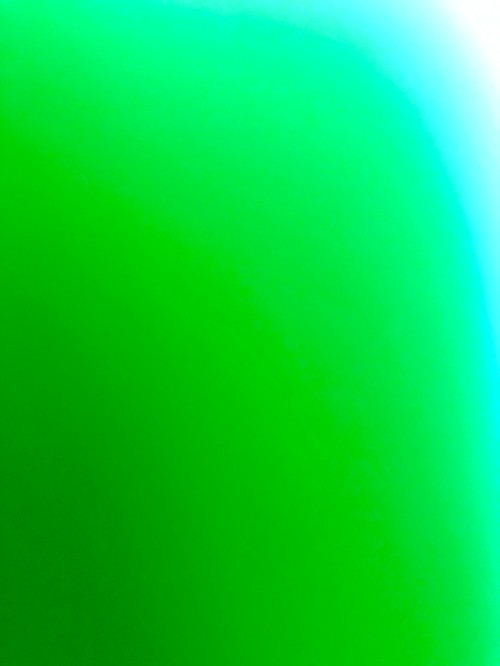 Now it’s an algae-filled tank I’m swimming in, but it’s that special new bioengineered algae that’s going to give us unlimited, CO2 free energy while simultaneously sucking the excess CO2 from the atmosphere, pushing the CO2 levels back down below 300 ppm and saving us from climate change. That salvation would be the electronically enhanced, bigger, and brighter future in the upper right.