What’s Up With ATC Tonight?

As I’ve mentioned, we live pretty much right under the extended centerline for Burbank runway 8, which leads us to have 737’s and the like overhead at about 4,000′ all day long. Since I’m an airplane nut, this is not a problem.

It also means that I’m pretty used to which direction planes are coming from 99.99% of the time. So when I’m busy on the computer but I hear one coming from an odd direction, it makes my ears prick up.

When a second one follows, I pull out FlightAware to see what their flight paths are. 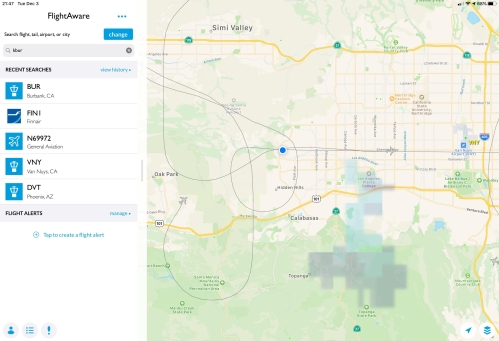 That first plane (a United flight) came in from the northwest (not so unusual), then did a big 360° turn over Hidden Hills (pretty unusual) before he got lined up and had just exited stage right toward final approach. (For reference and scale, from our house at the blue dot, the 405 Freeway and Van Nuys airport there are about half way to Burbank.)

The second guy (a Southwest flight), currently over Tampa Avenue, came in a bit more normally from the north over Simi Valley, looped a little wide, but was now on final.

Then the third plane (Alaska Airlines Flight 1150) followed the second plane and made an even bigger 360° out over the Santa Monica Mountains and Malibu!

Let’s step outside and look toward the southwest and Malibu, shall we? 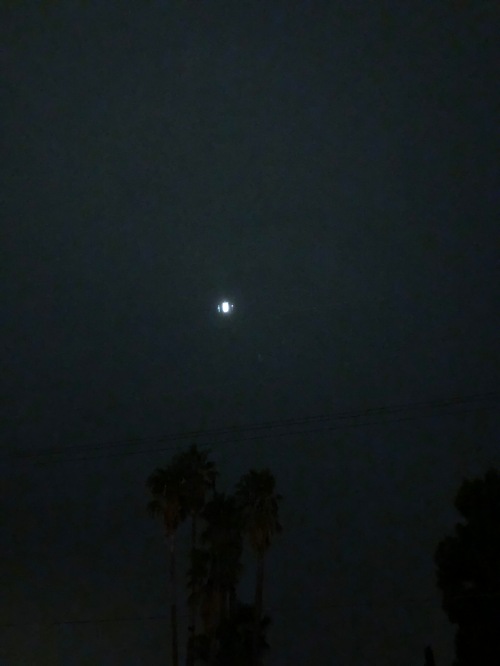 Yep, there he is!

And, yep! There he goes!

A weather-related issue? Possibly. You can see a storm cell over Topanga State Park to our south. There’s a front moving in and some of the showers were supposed to get severe, but that wasn’t supposed to happen until tomorrow morning.

Spacing? ATC maintains minimum separation between aircraft and if there are a few coming in all at the same time, someone might get told to take the scenic route and linger for a few in order to not crowd anyone else.

Whatever. I got my own personal mini air show! The day got better!

One response to “What’s Up With ATC Tonight?”