I went outside to take out the trash, grateful that it had stopped raining, even though it was cold. (As always, that’s “LA cold,” not “real cold.” In other words, 51°, not 11°!) Once I got out I could see that it wasn’t as dark as I had expected, with some moonlight and the clouds breaking up a bit after a week or so of steady rain.

Between the cold, the moon, and the layers of icy, high level clouds, there was the most amazing colored 360° moonbow surrounding the moon overhead. 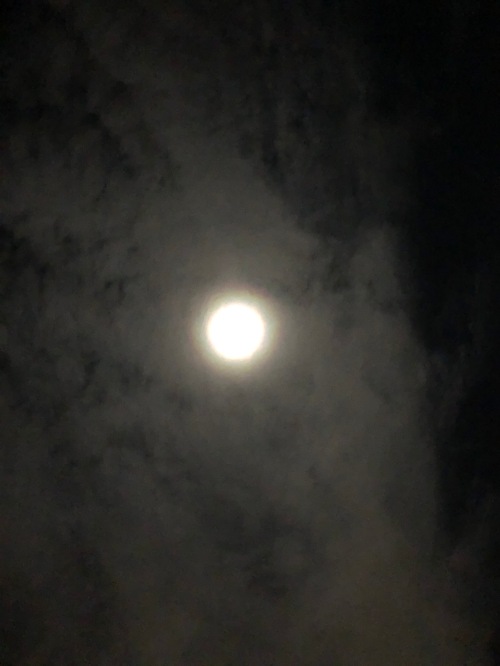 The cellphone doesn’t do a spectacular job on this type of photo, mainly because of the extreme contract in brightness and the lack of anything solid to focus on. 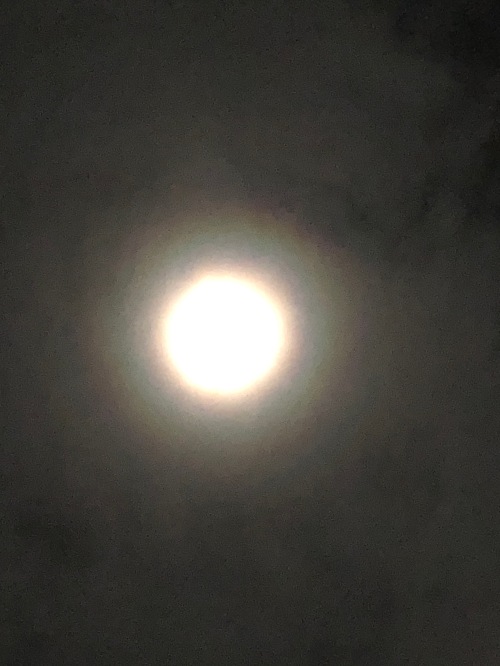 But you can get an idea of the moonbow. Not as vivid as a rainbow’s colors, but still quite beautiful!