The winds were back last night, at least at our house. 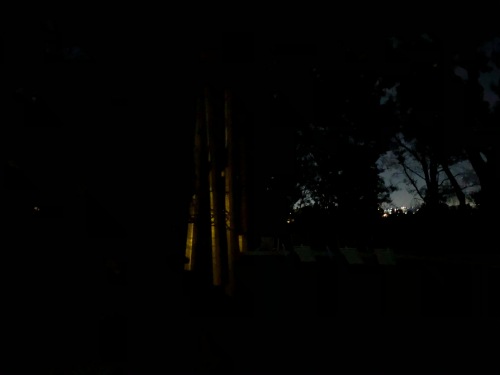 Those are the wind chimes that were banging away, with the trees in the background swaying and swishing and whooshing and generally making lots of very loud, spooky noises.

What’s really weird is that a couple of folks at work who live within a couple of miles of here kept getting “HIGH WIND!” alerts on their phone, but it was calm as could be. Meanwhile, when I took out the trash tonight I found that the BBQ has been wandering again. It’s sitting ten feet away from where it was parked, and the big, heavy cover that was on it was nowhere to be seen.

Maybe I’ll borrow a set of chocks from the hangar. If they’re designed to keep a B-52 or C-46 from wandering, maybe they can keep the BBQ in place.