After being busier than God for weeks, tonight was the night to try our my new telescope toy, a CMOS digital camera. It’s basically a big, fat, eyepiece-like thing that goes where the eyepiece normally goes and kicks out a signal to a laptop or other computer.

I regret to inform everyone (especially myself) that there’s going to be a learning curve.

I was sort of hoping that with a full moon, which in a telescope is REALLY FREAKIN’ ***BRIGHT***, would be an easy starting point. Well, yes and no. I was able to get an image on the computer screen, but it was dim. I could see enough to focus and recorded several minutes of data, but where I was expecting something ***BRIGHT*** I got something that was kinda sorta maybe visible. Ish…

So I’m doing something wrong. I’ll have to start digging – there’s not much in the way of a manual or instructions, for either the hardware or the data collection software that comes with it. (It’s freeware, but there’s a “Pro” version for $20-$30. It could be that it’s “pro” because it works?) Even with the default software there are all sorts of options. As for help and guidance, I hear there’s this thing called a “google…”

In the meantime, through the telescope with plain old eyepieces, the full moon was spectacular. If blurry a bit – we’re having a Santa Ana wind event again (we’ve been having them about five days a week for months it seems) and with all of that air moving around the “seeing” was marginal.

But  when all else fails, whip out your cell phone and just hold it up to the lens! 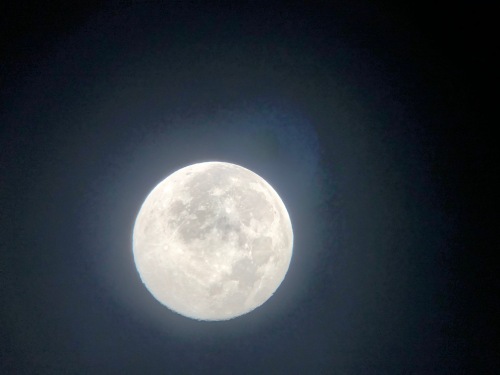 The iPhone really isn’t designed for this and it freaks out with the HUGE brightness differences. 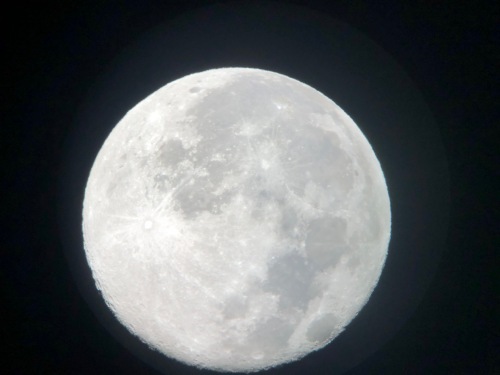 There’s some detail here, but not even close to what it looked like to the eye. I’ll have to keep working to find a way to record and share that.

Meanwhile, one (dark) picture of the setup (another lighting situation the iPhone isn’t designed for) actually shows the image on the screen better than it shows on the screen to the naked eye. 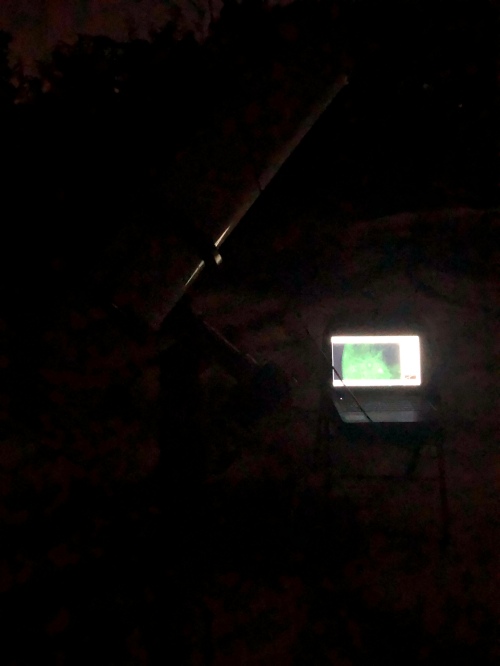 This should be interesting. Stand by.