Jewels In The Sunset, June 29th

“Keep on target…” Starting about ten days ago (June 19th, June 20th, June 21st, June 22nd, and June 25th) we’ve checked in on the local celestial mechanics at play for our edification and enjoyment.

In the Sixteenth or Seventeen Century we would have been doing science. In the Twenty-First Century we can fling robots across the solar system and hit a spot the size of a baseball field from over three billion miles away. Today we know exactly how puny we are in an incredibly vast universe, but we also can be pretty clever little primates, so we can admire the dance of the planets on an intellectual level while also just loving the sight of the pretty lights in the sky. 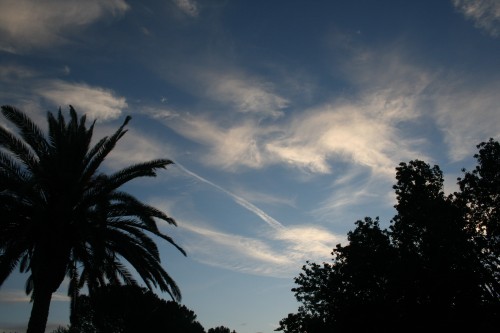 We’ve still got some monsoonal weather being sucked up from Baja, so one must be patient and wait for them to shift about a bit. Do you see Venus and Jupiter? Neither did I. 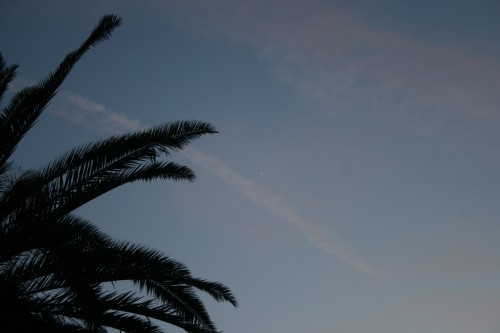 There they are! Still peeking through a high layer of clouds painted pink by the sunset, but there where they should be. 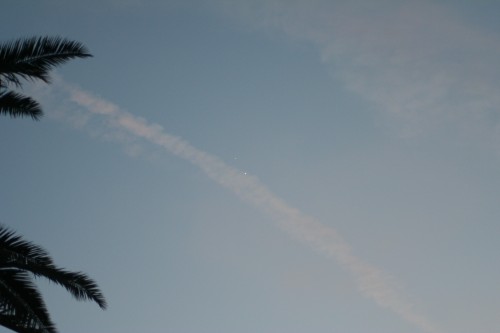 Then, of course, a band of clouds will move back in front of them. 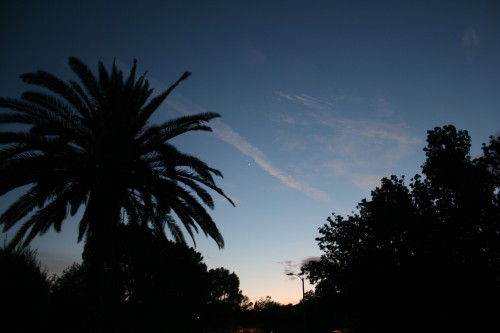 It does make for a beautiful sunset. Much better than the “clear and a million” version, as long as the scattered clouds stay scattered. 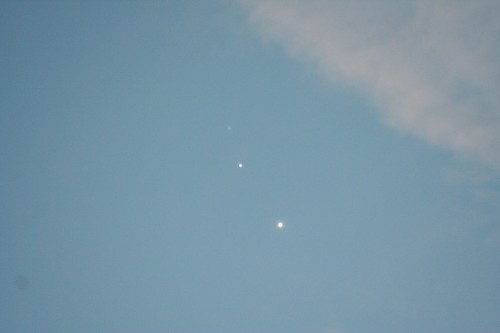 Even in the early parts of civil twilight we can see Galilean moons lined up around Jupiter. 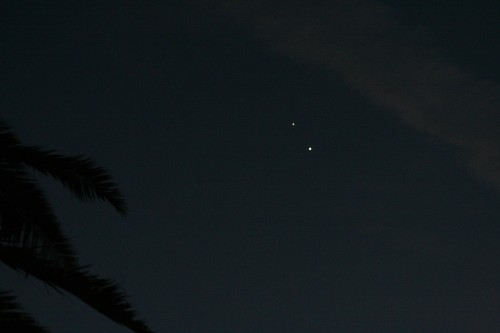 As it gets darker, they really stand out. 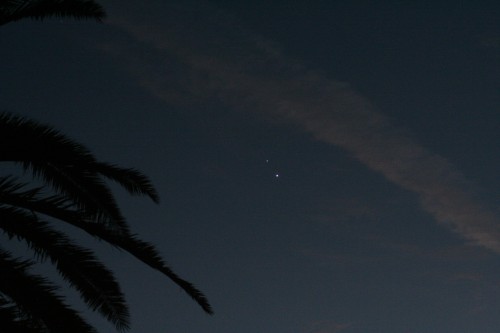 They’re less than 1° apart tonight, and will be even closer tomorrow night. 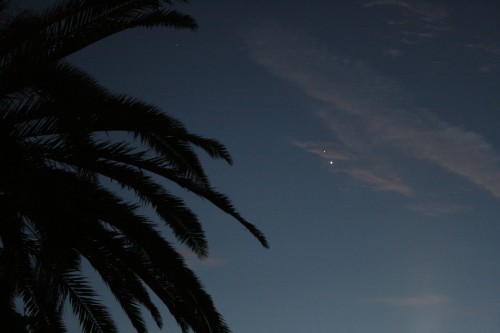 Dancing with the cloud bands.

Along with the clouds came some humidity and an uncommon number of mosquitoes and bugs. As lovely as it would be to sit out and watch these guys set, I think I’ll wait until tomorrow night and pick up some DEET and a telescope.

Let’s hope it’s clear. If it’s clear where you are tomorrow shortly after sunset, take a look. If you can take a picture, feel free to share it here in the comments!

3 responses to “Jewels In The Sunset, June 29th”