In summary: New York City had a life of it’s own in my head. In early August 2016, I visited there for the first time. On the first afternoon we visited Central Park and were there for hours, despite the jet lag. Day One started with a tour of the Intrepid and the Space Shuttle Enterprise, followed by the full two and a half hour cruise around Manhattan – south down the Hudson River into the Upper Harbor, up the East River under the “BMW” bridges, past Midtown and the UN, into the Harlem River, back south into the Hudson River, underneath the George Washington Bridge, past Grant’s Tomb, and finally back into port. To finish Day Two we had a death march to find a cab, went to the Mets game, left early only to miss the best part, and inadvertently stiffed a nice cab driver. Bright & early on Day Three we headed out toward Liberty Island – it’s hard to take a bad picture there, then went to Ellis Island. Bank on Manhattan, we went to World Trade Center Museum, which was emotional & grueling. Day Four started out with a trip to Times Square, after which we headed to the Empire State Building. The views of Manhattan were spectacular! Then we went to Yankee Stadium for a game. 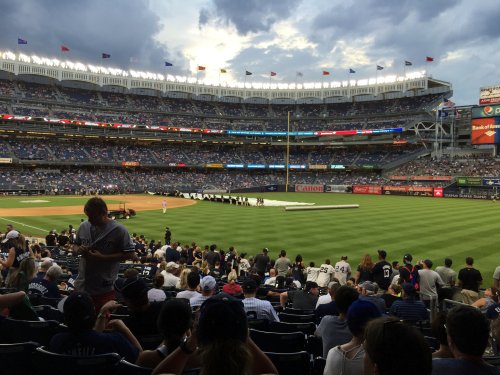 Because it was Alex Rodriguez’s final game, there was a huge crowd and a big pre-game ceremony planned. The weather, on the other hand, had other ideas and the grounds crew got ready to roll out the tarp. 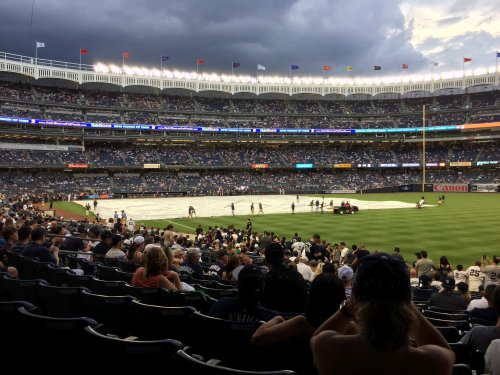 And not a moment too soon. We were just a row or two under the 2nd deck overhang, so we were relatively safe from being too soaked. 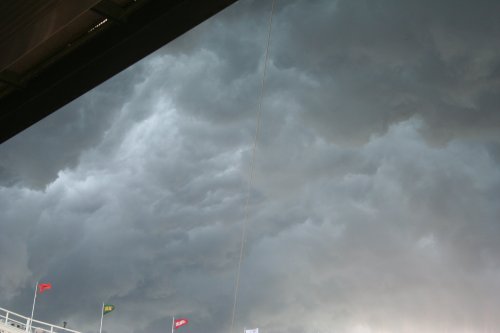 As the storm moved over the stadium, the winds started roaring (see the flags?) and the underside of the storm cell looked like movie special effects for “all Hell’s going to break loose.” 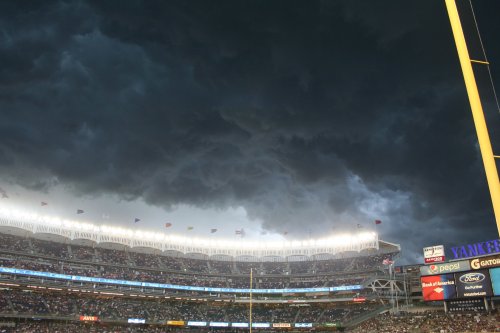 Despite the fact that it was something like 90 minutes before sunset, it got black as night with thunder rumbling constantly out of the clouds right overhead. Good thing we weren’t sitting right next to a humongous yellow steel pole sticking up in the air a hundred feet or so, right?!! 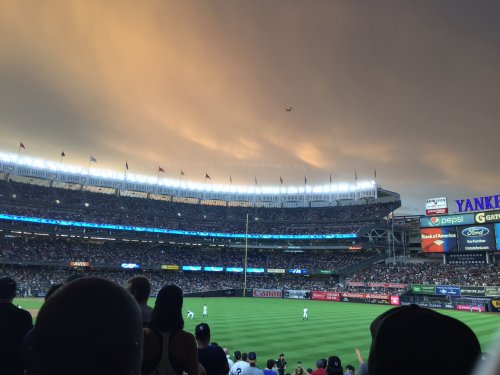 That sick yellow color on the underside of the clouds doesn’t make you feel better about the situation when 30 seconds before it was pitch black. 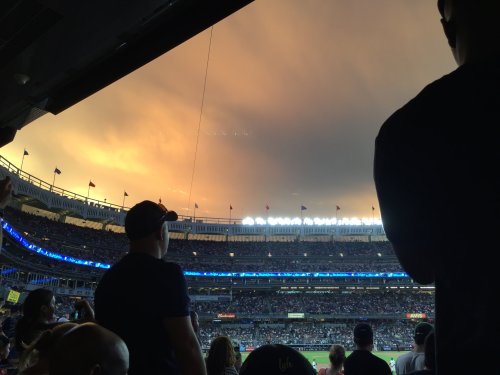 ARod was out there trying to be ceremonial. My concern was that he was out there with his family and a few dignitaries while the end of the freakin’ world was rolling in from the west. Don’t they understand what bad PR it would be for ARod and his family to be killed by lightning in the middle of this farewell ceremony? 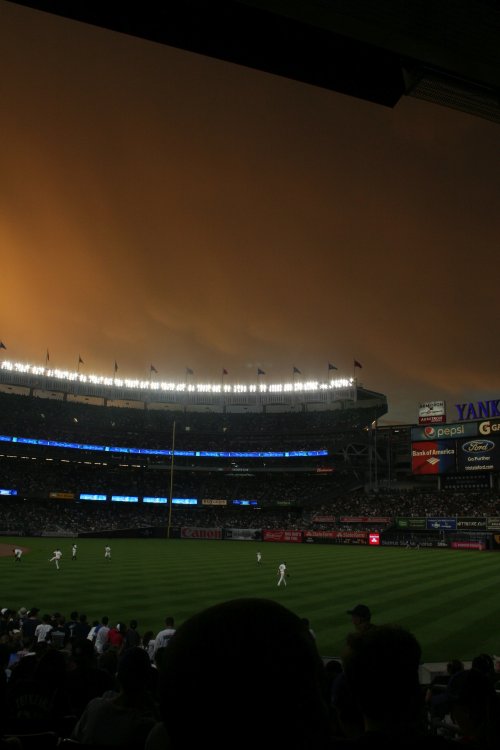 And these dudes out there warming up? I can only conclude that they wanted to make sure that ARod didn’t get fricasseed alive alone by Thor throwing thunderbolts. Probably a team camaraderie thing. Or they’re really freakin’ stupid, I could go either way. 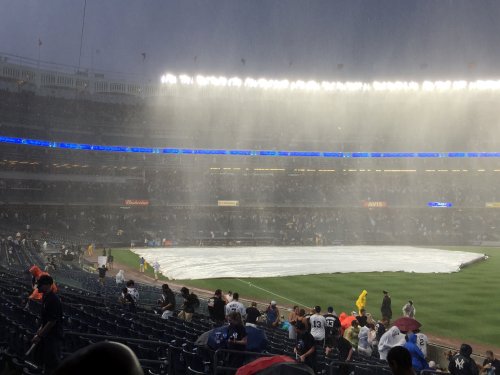 The skies finally opened up and they cut the ARod ceremony short. See, there IS a god! 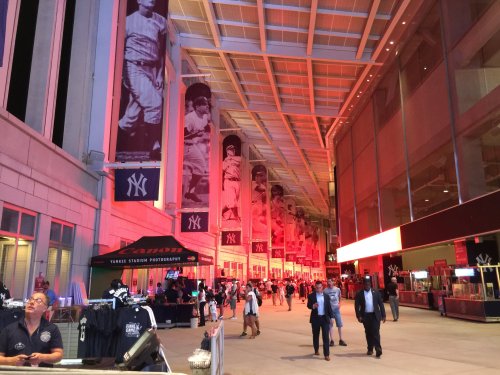 The rain passed after a half-hour or so of downpour and the game finally got underway . We almost never leave a ballgame before the end, but we were exhausted and chose to bug out early. Someday I’ll get back to Yankee Stadium and take a more thorough tour, camera in hand.