During their vacation, many folks to a “cleanse,” where they retreat from the stress of work and home life and social media, eat healthy food, drink pure fluids, get some exercise, do some yoga, get a massage, and so on.

I’m not one of those folks.

It occurs to me that I do the opposite, more of a “pollute!” Normally I try to eat well, get some exercise, watch my weight, manage stress, but when I go on vacation, all of those rules are gone. It’s time to eat all of that crap that I normally don’t allow myself to have!

Burgers & fries yesterday for lunch, pizza last night. Getting on a plane, there’s always a big bag of M&Ms and some chocolate bars to help suffer through those long, long, four-hour flights. A pound of chocolate an hour for every hour in the air – isn’t that the rule? There’s some FAA regulation about that, I’m sure.

Plus, once we get to the hotel and I’m not driving anywhere for DAYS, it’s time to have a margarita or three! I won’t drink if I’m going to be driving or flying, but if everything is either in the big hotel and convention center or I’m going someplace by cab or subway, then why do I have to worry about being 100% sober or 0% hungover?

Next week I can carefully check the scales when I get home and see how much damage I’ve done and begin the grim task of moving that counterweight back to the left a few pounds. In the meantime, IT’S TIME TO GET TOXIC, BABY!!

A Nihilistic Take On Advertising – BMW

Here’s a new BMW “Summer Sales Event” ad that’s been playing on TV for a couple of weeks. It’s the one where a couple of guys are playing with a virtual reality headset and one of the guys and a woman take off for a ride in the BMW while the other guy is out of touch with reality, playing his game. If you haven’t seen it or don’t recognize it, take a look.

Now – who are these people? What’s their relationship?

Okay, so I’m that guy. But really, what did you think. Three random roomates, two guys and a girl?

The first time I saw this I instantly saw a completely different scenario. I see the glint in that woman’s eye and the smirk on the face of the guy she takes off with. I see the confusion and betrayal on the face of the VR guy when he finally takes off the headset and finds himself alone. I see the dog trying to hide, because he knows exactly what’s going down!

Our gorgeous young femme fatale isn’t just a roommate! My money says she’s the girlfriend/fiance/wife of the dude wearing the AR headset. But he’s too busy worrying about his virtual reality to be paying enough attention to her in real reality. So when he gets goggled up, she and the boyfriend’s friend are going to go have a good time.

I will not be taking questions at this time.

Some days you get a teeny, tiny bit of knowledge or trivia and it’s enough to declare victory and quit for the today.

Today’s one of those days.

A few days ago I posted about how the squirrels in our back yard will lie on the concrete porch, spread eagled. Long-time reader & contributor & author & purveyor of her own site Jemima Pett commented that it was to cool off in the heat.

This evening I ran across a random tweet which I might normally ignore. But it had a picture of a squirrel, spread eagled, and a local television/news station article about this very phenomenon.

It’s called “splooting!” (I think the “!” is optional, but hey, with a goofy looking squirrel layed out on the pavement like a bearskin rug and a word like that to describe it, how could anyone not include the exclamation point?)

I was tempted to leave well enough alone and just go with the silly, funny word, but decided to check other sources. I was afraid that I might find that this was a made-up thing from that Texas television station. Then I would have to quickly find something else to write tonight, or at least a different spin.

But, no! It really is a term, particularly in reference to dogs. (Google an image search for “splooting puppies.” You can thank me later.) I remember our Lucky Puppy and Jessie doing it from time to time. But lots of critters sploot.

Reality Isn’t What It Used To Be

Playing for five minutes as I brought the security camera back in.

I knew it would do that, I just didn’t know how easy it would be. The next time I have more than five minutes to play (which I believe I have scheduled for early 2024 right now) I’ll have to play with doing it better, or better yet, weirder!

(If I find a way to open a portal into an alternate dimension, I’m outta here!) 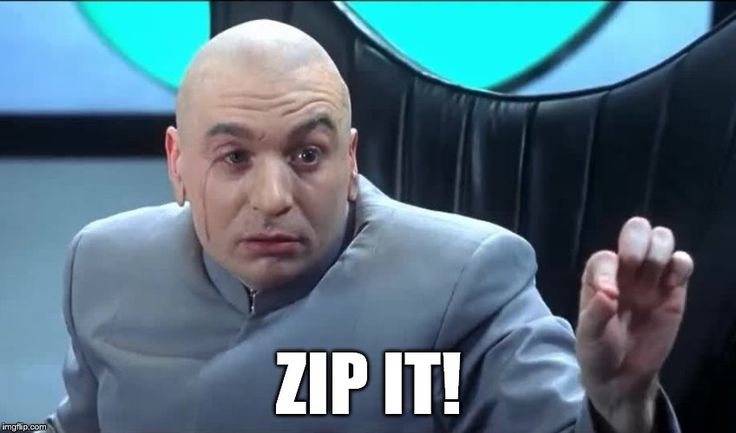 “Siri, show me my ‘unimpressed’ face.”

Wait, the phone can create GIFs? How did I do that?

More importantly, how do I turn it off?

I don’t know what the grocery store ecosystem is like where you are, but here in Los Angeles the self-serve checkout started moving in and taking over a few years back. Now, at any major supermarket, you’ll typically have one or two human cashiers and a dozen or more automated checkout systems. The only time I ever go to a human checker is if I have liquor of some sort. You can’t buy that at self-service because the robot can’t check your ID.

One of the problems with those automated checkout systems is that the area you put groceries in after you’ve scanned is is a bit on the small side. You don’t have an option of putting the scanned groceries somewhere else. The system is weighing each piece as you scan it, along with the overhead cameras and internal security cameras, to make sure that you’re not stealing. So if you have let some of the staples (canned goods, toilet paper, cereal, and so on) slide for a while and then decide to stock up, you can start to run out of room pretty quick.

When you have limited space jammed to the edge, then it’s time to start going vertical.

Our store has one employee attendant who babysits six stations and clears jams and helps those who are running into this system for the first time. My grocery mentor yesterday wanted to come and take a picture for winning this week’s “competition.” What the heck, why not? Do I win anything? Customer of the week parking? $20 off?

Let’s not be silly.

Stupid backstory – lots of time in the back seats of station wagons as a kid, learned to play lots of “license plate games.” Now I have a “January baby” car so I get to be one of the first to get the next year’s California registration tags.

Again this year I haven’t seen one of the 2022 tags yet, which isn’t surprising since I go out and drive maybe twice a week to go to the grocery store and maybe get food for takeout. So I win! I have the 2022 tags!

(How bad is 2020? This might end up being one of the highlights that gets mentioned in our annual Christmas card letter…)

They’re Coming To Take Me Away!

And not to Isengard! (Seriously, I’m short, but I’m not THAT short!)

Actually, I think it’s the Morlocks coming for me, tunneling through the yard and waiting to grab me by the ankles as I walk to my car, dragging me down under the ground to a horrific fate!

I hear the air raid sirens starting! Or is it the wind?

Being really tired at the end of a long, exhausting week can leave one…vulnerable.

The rabbit hole of the internet and Google searches and Wikipedia and IMDB and all of it can be strong on someone in a vulnerable position.

Which can lead to learning…things.

Start with an innocent Hallmark movie with Danica McKellar, who is cute and smart and has a most interesting and diverse background outside of acting, so I sort of adore her.

Which led to the Oracle of Bacon to see her Bacon Number.

Which led to learning that she also has an Erdös-Bacon number, so of course I had to go see what an Erdös number was.

Which led to me realizing just how freaking rare it is to have an Erdös-Bacon number!

Which led me to find out that she has an Erdös-Bacon-Sabbath number (ESB) of 10.

Which led me even further down the rabbit hole to find out what an ESB is.

Albert Einstein has an ESB of only 8, while Danica McKellar has a 10?

So what’s Brian May‘s ESB? A man I consider to be a god walking among us!

Finally, a question that appears to have no simple answer in a Google search or two.

But it’s obvious that his “S” number is 1, since it’s easy to find references to a recent collaboration with Black Sabbath.

And Oracle of Bacon says his “B” number is 3. (Via Joe Walsh and John Candy, “The Strat Pack,” “The Blues Brothers,” and “Planes, Trains, Automobiles,” obviously!)

So can we track down an “E” number for Brian May? Apparently it’s a 7.

So Brian May, lead guitarist for Queen, astrophysicist, demigod, has an ESB of 11.

While Danica McKellar has an ESB of 10. I wonder if she knows?

Apparently even THAT isn’t a questions that can stump Google tonight.